"A Possibility of Violence" by D.A. Mishani 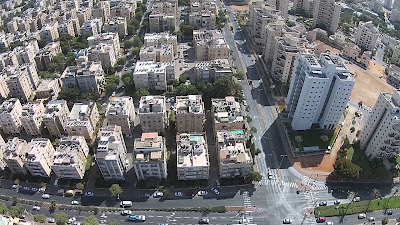 Avraham Avraham has just arrived back in Holon, a suburb of Tel Aviv, after a three-month vacation in Brussels. He had stayed with a policewoman he met there on a previous case, and she is preparing to move to Tel Aviv. He stops at his office in suburban Holon, and volunteers to help with work, even though he is still on vacation. The police office is overwhelmed with work, many of the officers and detectives are on holiday, and he decides to help. 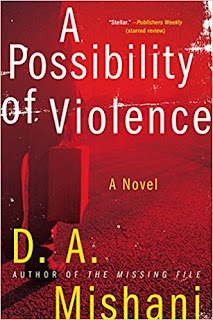 He interviews a suspect who placed a fake bomb near a day care center in Holon. The suspect is smart mouthed and obnoxious, but there’s no real reason to hold him; a witness’s identification is too vague and unsure. But this interview draws Avraham into the case, and he boss tells him he must do well. She had written a rather critical report of his handling of the case detailed in The Missing File, but she knows he’s a solid detective, and what happened in the previous case was not his fault. Avraham himself considers it something of a failure.

He suspects the day care center operator knows more than she’s letting on, but she denies any reason for someone placing a fake bomb. He explores other possibilities, but the investigation keeps coming back to the operator. Adding to his frustrations is what seems to be a growing reluctance of his girlfriend in Belgium to come to Israel, and he doesn’t know why.

And then the day care operator is attacked and nearly killed.

A Possibility of Violence, published in English in 2014, is the second of three Avraham Avraham detective novels by Israeli author D.A. Mishani, a crime writer and scholar of historical detective fiction. He lives in Tel Aviv and teaches at Tel Aviv University. The second novel in the series is The Missing File (2013) and the third is The Man Who Wanted to Know Everything (2016). This second novel won the Bernstein Prize in 2014 for the best novel published in Israel. It was translated into English from the Hebrew by Todd Hasak-Lowy.

Mishani artfully blends Avraham’s private and public lives, along with his internal doubts and public professionalism. The detective becomes a recognizable and real person. And The Possibility of Violence like its predecessor The Missing File, transcends the mystery genre. It’s still a good mystery, but it’s also good fiction.

My review of The Missing File.

Top photograph: An aerial view of part of Holon, Israel, a suburb of Tel Aviv.
Posted by Glynn at 5:00 AM