Poets and Poems: Matt Duggan and "One Million Tiny Cuts" 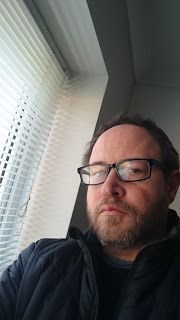 British poet Matt Duggan uses language and images that are as vivid as they are often jarring. His poems force a focus on the contradictions and non-sequiturs of life and culture, fueled sometimes by a cold, discerning eye and sometimes by political anger (Duggan’s the co-editor of the political poetry magazine The Angry Manifesto). Whether he’s writing about dystopia or the Greek myth of Orpheus, he employs sharp, attention-getting images and metaphors.

And so it is with his new collection, One Million Tiny Cuts.

It’s a small collection, comprised of only 20 poems. And yet it’s length is forgotten when one considers the power of the poems. These poems possess an energy that surprises but never disappoints.