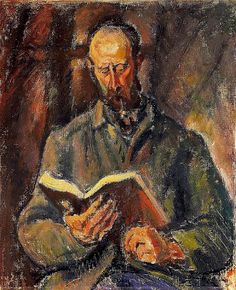 Author Michael Crichton (1942-2008) was best known as the author of such science fiction thrillers as The Andromeda Strain and Jurassic Park. In 2002, he gave a speech at a conference in La Jolla, California, about the news media – and how it was shifting from reporting news to reporting speculation. I happened across a reference to the speech and was intrigued enough to track down the entire speech. Keep in mind that this speech was given almost 16 years ago. Things have not improved.

I have to admit that I haven’t watched much of the Winter Olympics. I know enough about what’s happening to know that Norway is doing extremely well in the medal count. Tim Challies has a different insight about the national host for the Olympics – and the city that was once called “the Jerusalem of the East.”

Jen Oshman takes on the five main reasons for allowing assisted suicide. James Jordan at the Theopolic Institute has a wonderful article about the bread and the wine in the communion service. A mother, Sylvia Schroeder, writes to her young daughter who’s about to have surgery to remove a cancerous birth mark. Maureen Doallas has a poem for Syrian refugees who died in the cold. And a lot more.

Five Reasons for Assisted Suicide (and Crucial Responses to Each One) – Jen Oshman.

Why Speculate? – Speech by Michael Crichton at the International Leadership Forum, 2002.

What City Was Once “The Jerusalem of the East?” – Tim Challies.

Sermon on the Mount – Dusty Rayburn at Devoted Conversations.

Adventures in the Ordinary – Zak Schmoll at Entering the Public Square.

Imagination and Creation in Wallace Stevens – Patrick Whalen at The Imaginative Conservative.

He Takes My Breath Away – Tim Good at Naked Alien.

Because they died of cold – Maureen Doallas at Writing Without Paper.

All on a Winter’s Day – Susan Etole.

Why Wardrobes Are for Grown-ups, Too – Joseph Pearce at The Imaginative Conservative.

The Wind Blows Where It Wishes – Tadhg Jonathan at Altarwork.

A Mother Writes: Will You Still Know Me? – Sylvia Schroeder at Her View from Here.