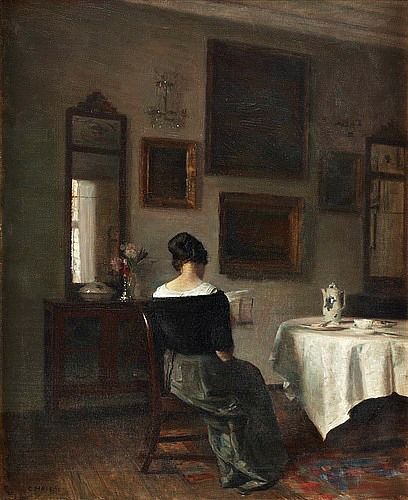 Did you know that the Bill of Rights – the first 10 amendments to the U.S. Constitution – weren’t called that until well into the 20thcentury? Paul Moreno reviews a new book on the Constitution at Claremont Review of Books.

What would you say is the greatest treasure of church history? The Book of Kells? St. Peter’s Basilica? Tim Challies went looking, and he found it.

Ours is the Age of Superficiality, writes Benjamin Myers, and poetry might just save us. Anglotopia has a story on a day in the life of Charles Dickens, when he lived at Tavistock House near what is now King’s Cross Station. Kate Williams at BBC has a timeline of Queen Victoria, “the woman who changed the British monarchy.” Richard Chess consider poet Yehuda Amichai at Image Journal.

And just for my wife, the 50thanniversary recording of “Yesterday’s Gone” by Chad & Jeremy, recorded in 2013.

Slow Me Down – Kelly Belmonte at Literary Life.

Yehuda Amichai: My One Poet – Richard Chess at Image Journal.

How Poetry Can Save Us in Our Age of Superficiality – Benjamin Myers at The Imaginative Conservative.

A Day in the Life of Charles Dickens – A Victorian Literary Titan at Home – Jonathan at Anglotopia.

The Introvert’s Guide to Launching a Book – L.L. Barkat at Jane Friedman.

The Dangers of Bible Verse Immigration Policy (Both Sides Are Guilty) – David Rupert at Red-Letter Believers.

A Parent’s Guide to the 5 Skeptics Who Want to Shame Your Kids for Being Christian – Natasha Crain at Stand to Reason.

The 50thAnniversary of “Yesterday’s Gone” by Chad and Jeremy (2013)