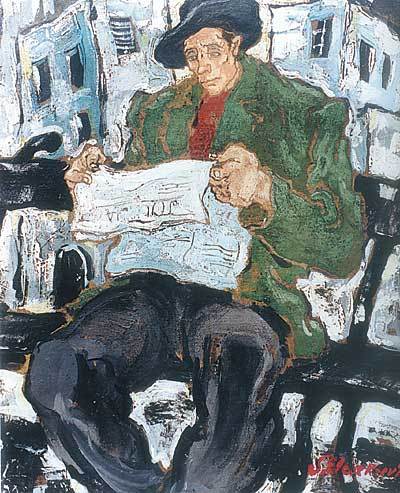 Simon Armitage has been named poet laureate of the United Kingdom, and it might be difficult to find a more worthy poet for the honor. He’s published numerous collections of poetry, travel writing, novels, and translations and retellings of classic epic poems and stories like The Odyssey, The Lilian, Sir Gawain and the Green Knight, and The Death of King Arthur. I reviewed his translation of the medieval poem “Pearl” for Tweetspeak Poetry.

Last weekend, we saw the movie Tolkien, starring Nicholas Hoult and Lilly Collins. It wasn’t entirely accurate factually, but it was still a beautifully filmed movie that told a good story. One big thing was missing though, barely hinted at in the movie, and Zak Schmoll at Entering the Public Square put his finger on it – where is Tolkien’s faith?

I saw the title “Why Our Pastors Need to Read the Founding Fathers” and at first thought it was going to be an article advocating political involvement by pastors. But that’s not what Hugh Whelchel wrote at the Institute for Faith, Work & Economics. Instead, it’s about understanding how America’s founders understood the concept of religious freedom.

You’ll find little argument that social media, once heralded as “democracy for the rest of us,” has now become something very different – and often very destructive. The online journal The New Atlantis has brought a number of different subjects and themes together, and published an issue devoted to “The Ruin of the Digital Town Square.” It’s well worth reading.

Beyond the Footlights – Helena Sorenson at The Rabbit Room.

On Being Watched, and Remembered: Shoshana Zuboff's 'The Age of Surveillance Capitalism' – Jacob Shatzer at Front Porch Republic.

Jean Vanier coverage: Vague on his Catholic beliefs about the humanity of the disabled – Julia Duin at Get Religion.

U.S. journalism really has become more subjective and personal - at least some of it – Laura Hazard Owen at Nieman Lab.

How to Call Christians Out on Twitter – Thomas Kidd at The Gospel Coalition.