"Murder in the Mine" by Roy Lewis 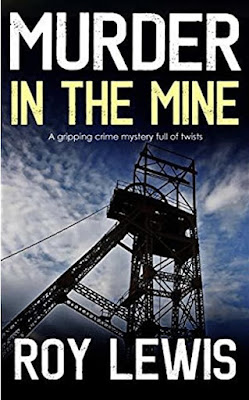 Inspector John Crow of Scotland Yard is called to a murder case in Wales. A woman’s body has been found at the bottom of a mine shaft, and it’s a fairly recent death. Crow is told by his boss that he’s being called in as a consultant; he won’t be in charge of the investigation. And Crow knows that will inevitably cause problems.

The local police are welcoming and accommodating, up to a point. Crow begins to trace the dead woman and learns she’s from the Durham area in Yorkshire. She’d also developed something of a reputation with having an eye to the main chance. And she’s been entangled in Durham with a situation that sailed close to fraud.

But there are connections, too, in Wales. Too many connections. She’d employed a private detective to find her husband. A former lover lives there. Crow and a local detective finally confront whom they believe is the likely murderer. And they hear a confession. The local detective is thrilled; Crow is dissatisfied. Something is wrong with the confession.

Murder in the Mine is the fourth Inspector John Crow mystery by Roy Lewis, and it may be his best in the series yet. Lewis takes the reader into a tangled web of past and present, suspect and hidden motives, and few people being what they appear to be at first sight. It’s an intriguing and highly satisfying mystery.

Murder for Money by Roy Lewis.

A Cotswolds Murder by Roy Lewis
Posted by Glynn at 5:00 AM