"Murder for Money" by Roy Lewis 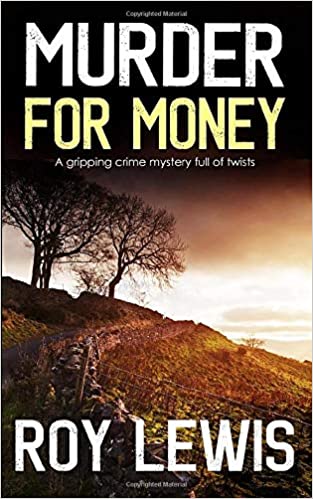 A reporter for a scandal-sheet newspaper is found dead in the entrance hall of the home he was renting in Yorkshire. He’s been beaten to death with a poker. At first, the murderer seems obvious – the outraged common-law husband of a local barmaid.

But as Inspector John Crow of Scotland Yard investigates, that neat (and easy) solution looks less and less certain. Crow begins to consider why the reporter was in Yorkshire, why had had hired a car and chauffeur to drive him all over the region, and why a local tramp seemed to know more of what was going on than he possibly should.

Murder for Money, the fourth Inspector Crow mystery by Roy Lewis, takes Crow and his assistant Detective Inspector Wilson into the murky area of Nazi war criminals, CIA and British secret agents, and secrets long buried in the past. And that original neat, easy solution to the crime becomes anything but.

In this fourth Inspector Crow mystery, Lewis continues to develop his detective, adding more information both about his work, his background, and his private life. The solution to the mystery turns out to be considerably more surprising than the actions of an angry husband.