"Midnight in Venice" by Meadow Taylor 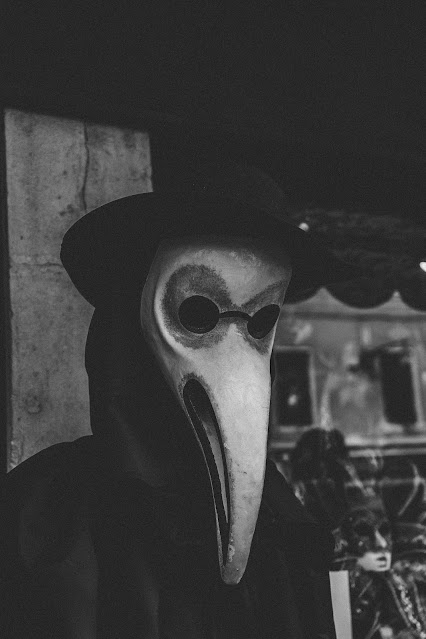 This is a book that you tell yourself you should stop reading. It’s a mystery. It’s romantic suspense. It’s about Venice. And a billionaire who's a brilliant concert pianist, and a race car driver and a cop. It stretches credulity, and it keeps stretching credulity.

And you keep reading because you can’t put it down.

Midnight in Venice by Meadow Taylor tells the story of Olivia Moretti, a Canadian who’s moving to Venice for several months to work for a prestigious art gallery co-owned by her cousin. She runs afoul a aa police detective Alexandro Rossi, at the airport. (The prequal short story, Christmas in Venice, was reviewed here last week. It’s the first chapter of the full novel.)

Rossi’s wife disappeared four years before, and she’s presumed dead. Her disappearance is the primary reason Rossi joined the police force; he was previously a concert pianist and a race car driver, and he’s fabulously wealthy. (You see the credulity begin to strain here – a billionaire cop who lives like a monk in a working-class neighborhood but happens to have an enormous home in nearby Padua. 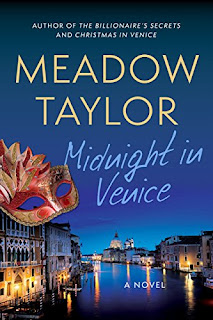 Carnival time is approaching, and it’s not unusual for people to begin wearing costumes. Like the surprisingly common one of the “plague doctor,” invented to “scare away” the bubonic plague when it ravaged Venice centuries before. What is unusual is for someone dressed as the plague doctor to be following Olivia around Venice.

Unexpectedly, Olivia is told take a suitcase full of Murano glass to New York. The suitcase contains the glass; it also contains several bags of heroin. And detective Rossi has to wonder if the woman he’s fallen in love with is part of a drug ring. And the implications are his wife may have been involved as well.

And then the story gets really crazy. It doesn’t matter, because, by this time, you have to find out what’s happening. You don’t care that the story has passed the point of believability. And just when you think you have it all figured out – you don’t.

Meadow Taylor is the pen name of two (unnamed) Ontario authors of historical fiction. In addition to Midnight in Venice, Taylor has also published the novels The Billionaire’s Secrets and Falling for Rain and the short story Christmas in Bruges.

Christmas in Venice by Meadow Taylor.

Top photo: The plague doctor at the Venice carnival by Conor Rabbett via Unsplash. Used with permission.