A Bird in the Hand: the Goodness of a Father 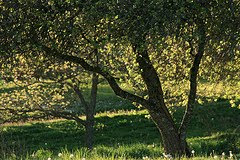 My father and I were never very close. He was one of those classic World War II veterans who didn’t say much about his war experiences. What I knew about them I learned from a carved wooden box that he bought in the Philippines when his ship stopped there. The box contained photos from Hawaii, the Philippines and Shanghai; a Chinese wedding cup; a piece of white coral; and a few other mementos. The box now sits on my bookshelf.

When I was not quite four, he started his own business, and it would become his life for the next 32 years. From the time I was 4 until I was about 12, I could go days, sometimes weeks, and not see him. He was up and gone to the office before I was awake, and he’d arrive home hours after I’d gone to bed. When I was 8, he was supposed to take me to the French Quarter for a Saturday outing. When he said he had to work, my mother did something rare for her: she rebelled. I could hear the argument from my room. She prevailed; we went to the French Quarter. I still have the pastel drawing an artist did of me next to Jackson Square (dated 1960 by artist Lee Stallings).

Even later, when he was home on weekends, he was usually planted in his recliner in front of the television set, alternately sleeping and dozing, with an ear plug for the police radio. But you didn’t think about being deprived of something; it’s what the situation was and you lived with it. Yes, I noticed other fathers coming home at 5 from work, but other fathers didn’t have their own business.

Sometime that spring of the French Quarter argument/outing, I was playing outside in the front yard, next to this huge tree (an old swamp tree, which tells you where our suburb came from). And I found a nest of three baby birds that had fallen from a branch. I rushed inside to get help.

It was a Sunday, and one of the rare ones when my father was home and not at the office. I can still remember how he was dressed – white t-shirt, plaid Bermuda shorts, black ankle socks and white tennis shoes. I can even remember how he smelled – a combination of sweat, Old Spice aftershave and cigarettes. He followed me outside and I showed him the baby birds.

He dashed inside, and returned with a shoebox. He put the nest in it, and gently scooped up the baby birds (they were pink and feather-less, tiny little things). We took the box inside, and then he found an eyedropper. He made up some liquid concoction, and patiently fed the three babies. He fed them several times that night, and even through the night.

He left late for the office the next day and came home early. He nursed the little birds for several days, but eventually they all died. I think he was as disappointed as I was. I cried; he didn’t.

I thought for years afterward that he really cared for those little birds, even to the point of giving up his normal working hours. And he did. But it took me some years to realize that he did it more for me than for the birds; it was his way of showing me something he couldn’t say.


If you’d like to read related posts on goodness, check out the One Word Blog Carnival over at Bridget Chumbley’s place.

"Last Light," photograph by nAncy of Poems and Prayers. Used with permission.
Posted by Glynn at 9:57 PM

It is funny how it can take us a while before we realize how, and why, our parents did certain things for us. This story is very touching... and there was SO much more to why your dad tried to save those baby birds.

I suspect my dad was similar in that he was a man of few words. When there were words you paid attention. I'm glad you had an opportunity to see this side of your father.

My dad was the same in that he never spoke much of his time in the airforce in WW2. I know thought that the crew he was in went out as many times as they could go and that he was a gunner.
When i was a kid he drove 120 miles, round trip, each day to work, going through E. St. Louis to the Granit City army depot, leaving at 6am and returning at 6pm. I remember him falling asleep in the living room chair in the evenings. It is hard to understand sometimes just how much we are loved by someone when we expect love to look a certain way and it ends up looking quite different. At least that seems to me my experience with it.

You write "it was what the situation was and you lived with it". Yes, same in my family. My father was one of the few survivors of the Merrill's Marauders in China, Burma, and India during WWII. He never spoke of the horrors in those places. And he, too, had his own business. He got up so early and was so exhausted by the end of the day he often was asleep by 7. He provided for us all; we never went without what we needed.

Our fathers loved us. They never learned how to show us.

Beautiful, touching story. As a parent, I sometimes wonder if my children understand, see, feel the love that motivates me to do the things I do for them. Especially if they really want touchy-feely love and I can't give it that way.

I probably tell my kids I love them at least 3 times a day, but showing them is more important, I think.

Beautiful post, Glynn! It brought tears to my eyes.

What a lasting way to show you his heart ...

Its a true story, and beautiful.We never know why people act the way they do. I loved it.

I'm rendered speechless by the poignancy of this. Thank you, Glynn.

What a beautiful story Glynn.

But I do have a question -- why/how does a swamp tree show where your suburb came from? What is a swamp tree?

Makes me wonder if he kept himself so busy he didn't have time to think about memories. Sounds like he had a soft and protective heart. Beautiful post.

I'm always reminded of the sacrifices made by "The Greatest Generation," but sometimes we forget that it bled over into their families and lives for years after the first events. Thank you for sharing this, Glynn.

your post really touched my heart Gynn. I could especially relate to your words, "But you didn’t think about being deprived of something; it’s what the situation was and you lived with it." How true. My dad being a medical doctor and 51 years old when he came into my life, it seems like he was forever working or traveling alone with my adoptive mother. Thanks for sharing!