I Love You with All My Physiology 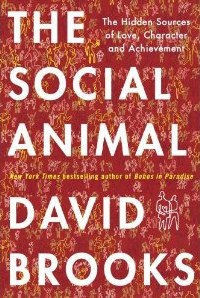 We’re starting a new book discussion at The High Calling today, and the book is The Social Animal: the Hidden Sources of Love, Character and Achievement by David Brooks. Brooks, a columnist for The New York Times who writes on politics and public policy, describes himself as a political moderate. It tells you something about my hometown newspaper, the St. Louis Post-Dispatch, that it carries his columns as one of their hat tips to conservative opinion. His own description is closer to the mark.

Yet The Social Animal has nothing to do with politics or the 2012 election cycle or any of the usual things he writes about. It’s more like a college sociology text, except Brooks knows, what most of us knew in college – sociology texts were the perfect cures for insomnia. So what’s he done is to tell the story of Rob and Julia, the parents of Harold, and most of the book will eventually be about Harold and Erica.

He tells the stories of these couples using a wide array of studies, theories and speculation, explaining, for example, what happens on a physiological level when Rob and Julia first meet. It’s interesting, fascinating and thought-provoking.

Brooks is saying that the unconscious mind is vastly more important than the conscious mind in making decision, that we actually process information emotionally rather than rationally (which may explain a lot about the political process). “Over the past century,” he says, “people have tended to conceive decision making as a point in time. You mass the facts and circumstances and evidences and then make a call. In fact, it is more accurate to say that we are pilgrims in a social landscape. We wander across an environment of people and circumstances. As we wander, the mind makes a near-infinite number of value judgments, which accumulate to form goals, ambitions, dreams, desires, and ways of doing things.” 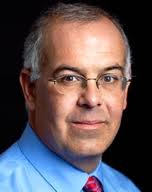 This seems rather intuitive – and it would certainly explain a lot about decisions in politics, business, the workplace, education and every other human endeavor that look like they make no sense. It’s because they indeed make no sense – the decision made in reaching those decisions was emotion-based. (Brooks points out that this might explain why after half a century of trying to improve public education in the United states and the spending of trillions of dollars, nothing much has changed.)

I like how he uses characters to tell his story, but the danger here is that it’s all rather reductionist – everything in a personal relationship can be explained by hormones, culture, upbringing, and evolution. We’re reduced to bundles of physiological, chemical and biological processes and actions. There’s not much talk about heart and no talk at all about soul.

We’ve only covered the introduction and the first three chapters, so we’ll see where Brooks is taking this. In the meantime, if you’d like to see other posts on the book, please visit The High Calling.
Posted by Glynn at 5:00 AM

I love the title of this post! Brooks has gotten some giggles out of me with some of his aside research mentions and I am enjoying this style of story-telling. Thanks, Glynn, for jumping into another read with us.