Send My Kid to Haiti? What?

On my desk is a painted stone of a tropical scene of a lone figure standing by a palm tree looking out at the ocean. The stone has a history. And serves as a reminder. 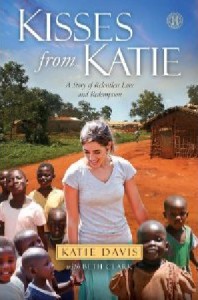 In early 1995, our church youth group pastor held a meeting for the parents of the senior high kids, to discuss the upcoming summer mission trip. Our 15-year-old son was excited; he’d never been on a mission trip and he was ready to go. At the meeting, we had an opening prayer, and a talk about missions and mission trips, and then we got to the discussion about the place they would be going for two weeks in July.

A few months before, Haiti had held an election, which was protested as fraudulent. The government had been overthrown and the country plunged into chaos. President Clinton had ordered U.S. troops to patrol the country and restore order, but it was still a mess.

Our kids would be on the island of La Gonave, just off the coast, working with a missionary couple on water and building projects.

We gulped. We worried. We fretted. We questioned. We talked to the youth pastor, who said one thing we couldn’t refute: “They’re in God’s hands wherever they are, and in His hands they’re just as safe in Haiti as they would be in St. Louis.”

We agreed to let our son go.

When he had his passport photo taken at a local travel agency, the rather bubbly travel agent asked him where he was going.

Her face de-bubbled. “Oh,” she said. After a long pause, she looked at me and said, “We don’t get many people going to Haiti.”

“It’s for a mission trip for our church youth,” I said.

She nodded. “Oh.” She looked at me like I had lost my mind. From her perspective, I suppose I had.

He went. He came back sunburned and with stories about falling off the back of a truck and hearing the voodoo drums up in the hills at night. He talked about the U.S. troops assigned to La Gonave who adopted our kids and treated them to a Fourth of July celebration. He talked about the fresh water project, and the building project, but most of all he talked about the children he met and worked with and played with. He told us their names. And their stories.

It was one of the best experiences he had ever had. It still is. We made the right decision to let him go. Haiti had become something more than newspaper headlines. It had become people, individual people. And children.

I was reminded of my son’s trip when I started reading Kisses from Katie by Katie Davis and Beth Clark. Sarah Salter and Jason Stasyszen are leading us in a discussion of the book, the story of a young girl who gives up her comfortable home, plans for college and her boyfriend for missions work in Uganda. This week, covering the forward and introduction, Jason is hosting the discussion, and you can read more posts linked there.

In the book, Katie Davis describes what motivated her – the understanding that every life matters, and every life can make a difference.

And she’s right. I learned that from my son when he came back from Haiti. He brought me a painted stone, by an artist on La Gonave. It’s a reminder of what’s really important.
Posted by Glynn at 5:48 AM

I have friends whose daughter is on her second long trip to Haiti right now. She is a nurse and for her, this was the best way she could give back.

Haiti remains so much in need. Anything that keeps that country in the spotlight is worth sharing.

I know those feelings Glynn. I think my heart stopped for a moment when our son and daughter-in-law announced their plans for a mission trip to Sri Lanka. But it was all of those things you've described. And it was a lesson in faith for us.
Thanks for letting us know about the book discussion. I have it sitting right here on my table - ready to read!

There is a need for missions here as well -- in Atlanta, we have many in need of the same kindness and giving of time -- we don't have to travel far to give back.

Intriguing what the Rock can show us.

Guess I better get a hold of this book. Just last night on the way back from a writers group a friend of mine said he had just finished the book!

Have had a lot on my heart to go there occasionally. People in our former church went frequently and the stories were both wonderfully amazing and big-time scary. But Haiti in some ways is truly in my heart. Thanks for being a good missions dad; that can bless many for generations to come. We never know where the "seed" will be.