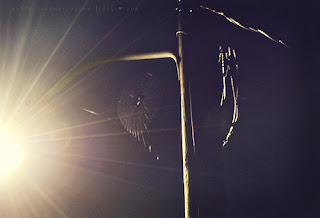 Sometime in the next three to four weeks, the sequel to Dancing Priest will see the light of day.

A Light Shining takes the story of Michael Kent and Sarah Hughes – newly married with the hyphenated last name of Kent-Hughes – into and just past their first year of marriage.

And it’s a year in which they and their family are caught up in a web of terrorism and violence.


It was always my intention to develop the story this way. But a rather traumatic reaction (from the author) from the reader and editor said something more, and something less, had to happen.

Large chunks of the manuscript disappeared, replaced by a cleaner, leaner, (and shorter) story.

And a new character, a character with no name, emerged in the rewriting. Most of the suspense of the story centers on him. And he fundamentally changed the story.

I’ve now read the finished (final! done!) manuscript three times. It reads quickly. No, what I should say is that it reads fast. It contains a lot of emotion, like its predecessor. And certain scenes – as familiar as I am with them – still get me up out of my chair and walking around the room with anxiety.

The cast of characters is largely the same as in Dancing Priest. Two minor characters from the first novel become more significant in A Light Shining, thrust suddenly into roles and circumstances they could never have anticipated or even imagined.

The photo above is the one that, in a modified form, is being used for the cover. Taken (and more than taken, “created” is the right word) by Kelly Sauer, it combines the elements of light and a spider’s web. What attracted me to the photo immediately was the subtlety of the spider’s web – a web only illuminated by the light.

The title is taken from a Scripture passage. In St. Peter’s second epistle, he says this: “And we have the word of the prophets made more certain, and you will do well to pay attention to it, as to a light shining in a dark place, until the day dawns and the morning star rises in your hearts.”

It’s the text that Michael Kent uses in Dancing Priest for his first sermon at St. Anselm’s in San Francisco. In a way, that passage summarizes A Light Shining. It is a story of love, family, darkness, and violence, but it is mostly about love.

Photograph by Kelly Sauer.
Posted by Glynn at 4:00 AM

So excited to see this for you...for me...for your readers.

Count me in to do a review as soon as you can get me a review copy. Uncorrected proof is fine.

Congratulations, Glynn. I know this is something you've worked hard and long, and I always knew you wouldn't release it until it "right".

Love Kelly's photo for the cover.

Land sakes man, it's about time!

(and i mean that in the nicest of ways)

I'm really quite excited!! Just reading the characters names and names of places, pulled my heartstrings just a bit. Just enough to create a little impatience in me.

Looking forward to this!