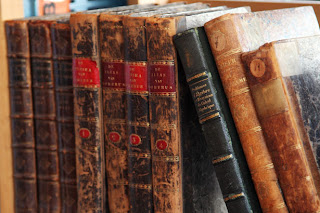 Thirty years ago, I felt a need to study church history. What I knew was largely confined to the New Testament and basic facts from general history courses.

My primary sources of reading (remember this was pre-internet) was the monthly catalog from Christian Book Distributors (CBD), Christian bookstores (which didn’t carry much on history), and used bookstores. In the mid-1980s, as part of a masters program at Washington University in St. Louis, I took several seminars related to church history – “Athens and Jerusalem,” “The Idea of Rome,” and even “The History of the Early Christian Church.”

That masters program brought me to the university’s library. The collection on the church and Christianity was large – and largely unused. I had virtually no competition for books.

I read some wonderful books. The works of the 19th century historian Sir William Ramsay were reprinted in the early 1970s, and CBD had them available for a steep discount. Ramsay, an atheist, traveled to New Testament lands to disprove the truth of Christianity, and became a convinced Christian. His writings include The Church in the Roman Empire, The Cities of St. Paul, and The Letters to the Seven Churches. 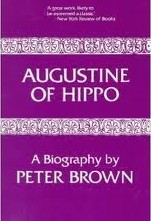 My course work at Washington University introduced me to the writings of the early church fathers, like Iraneus and especially Tertullian, the Roman lawyer turned Christian apologist who became a kind of heretic, although the exact nature of his heresy is not known today. Even in English translation, to read Tertullian is to read the passion of a razor-sharp mind. For one of the courses, I read Peter Brown’s Augustine of Hippo, one of my all-time favorite books.

Recently, I began to revisit some of the books I’ve read and find some new ones. Tomorrow I’ll be posting a review of Ben Witherington’s A Week in the Life of Corinth, and I’m currently reading a 2012 revised edition of The Apostle: A Life of St. Paul by John Pollock, first published in 1969.

Why do I read church history?

It’s interesting. I find it fascinating.

Church history also provides perspective. The church didn’t leapfrog from the Book of Acts, make a brief stop at the Reformation and then appear again with the rise of mega-churches in the United States in the 1980s. For 2,000 years, Christians have struggled and fought and lost and won and prevailed and retreated. Culture wars existed before.

What studying church history also creates is a humbling and deep sense of gratitude for the Christians who walked before us and what they, with God’s grace, made possible.

Thanks for this important word about getting to know our family in Christ. I'm also glad you're part of our Christian Poets & Writers family on Facebook :)

Glynn ... though not a history in the classic sense, I would recommend Missionary Methods, St.Paul's or Ours by Roland Allen. Written in early 20th Century, it is a good historical analysis of the first century church movement. Grace to you today. Thanks for posting.

a good post...
i read it all. and there is one word that caught my attention.

it goes in okay, but, gets mucked up somewhere in process and comes out all wrinkled and beat up and unrecognizable.

especially when taken with such words as "library" and "books."

way off the subject...i know.