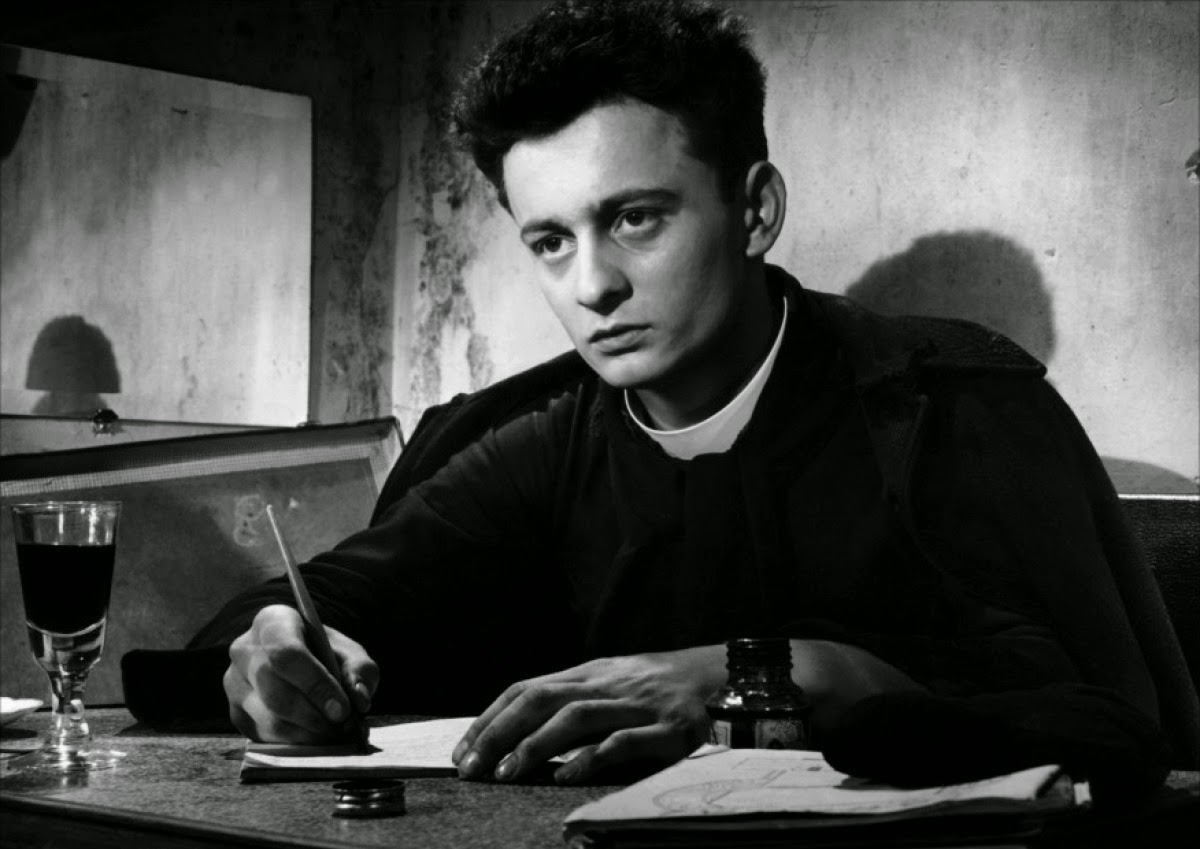 Georges Bernanos (1888-1948) was the author of some 16 works, published between 1926 and 1945. Bernanos is known as a “Catholic author,” and for good reason – several of the novels he wrote had a Catholic priest as the central character. The novel which is perhaps his best known work is The Diary of a Country Priest ( Journal d'un Cure de Campagne), published in 1936.

It’s a rather singular novel, a quiet story about a young priest assigned to the village of Ambricourt. He’s not paid much, being rather low on the hierarchy, and money is always a source of anxiety. It would be a source of desperation without an aunt who occasionally helps out.

He records his experiences in his diary. We know he was raised in a peasant family, and that he lived with an aunt for a time as a child when his mother was seriously ill. He has conflicts with bratty schoolgirls, with Madame la Comtesse and her daughter, with Monsieur Le Comte. He seeks guidance from his mentor, an elderly priest. He writes to and receives letters from a friend at seminary who left the priesthood.

His digestion is not good; he resorts to eating bread soaked in wine because it’s the only food his stomach can tolerate.

It is in his conflicts and interactions with the people in his parish that we see this young man, this young priest, working hard to remain faithful to his vows. Daily he confronts the sins of society (all the deadly ones plus the less-than-deadly ones). He’s also confronting the encroachment of secularization. Somehow, his faith survives intact, and he lives it each day with grace and even a kind of beauty (not to mention the stomach pains). In fact, this young priest comes to exemplify grace, a Christ-like grace.

Gradually we come to understand he is sick, possibly terminally ill. Still, he continues to serve his parish.

What we never learn is his name.

The Diary of a Country Priest is a thought-provoking story of grace and serving in a time of growing unbelief.

Photograph: French actor Claude Laydu playing the title role in the 1951 film based on Bernanos’ The Diary of a Country Priest. The film was directed by Robert Bresson.
Posted by Glynn at 5:00 AM