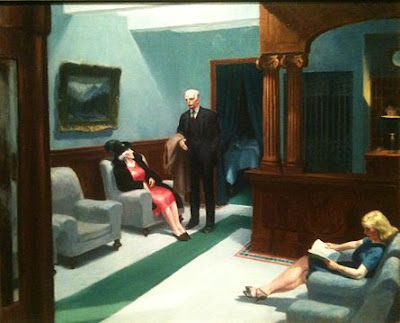 Paradise Lost by John Milton is 350 years old, and J.G. Duesing has a reflection on the epic work. I haven’t read it since college, but it’s good to consider the impact a work of literature can have.

Tim Challies tells the story of a pastor in Edinburgh who gave up a rather comfortable position for one that is something less comfortable. Laura Dunn has produced a new documentary about writer Wendell Berry, and talks about what it means. And the Gallup Poll learned something surprising about why people go to church – or at least surprising to those who don’t go to church, and perhaps to a lot who do. Christianity Today has the story.

Molly Page at Thin Difference considers the three words that have almost disappeared from contemporary culture, and the things we say instead. Ann Kroeker notes the vital importance of the comma.

And Danny MacAskill investigates the geography outside Edinburgh. It starts out looking like a scene from Thomas the Tank Engine, but very quickly you realize you’re somewhere else entirely. And a few outtakes at the end explain how something like this is really filmed.

Why Are There Bibles in Hotel Rooms? – Simon Whistler at Today I Found Out.

Christians checking out of society – Is this our highest calling? – David Rupert at Red-Letter Believers.

What We Gained When We Lost the Hymnal and A World of Misery at My Very Door: A Story – Tim Challies.

The Hottest Thing at Church is Not Your Pastor or Worship Leader – Christianity Today.

Prayers of a Pot – Rory Fry at Altarwork.

Alternate realities – Lise at All the Words.

How Does a Fern Feel? – Tim Good at Photography by Tiwago.

The Power of 3 Simple Words – Molly Page at Thin Difference.

Why Writing is All About Intensity – Mick Silva.

How a Simple Comma Can Save a Life – Ann Kroeker.


Painting: Hotel Lobby, oil on canvas (1943) by Edward Hopper; Indianapolis Museum of Art.
Posted by Glynn at 5:00 AM