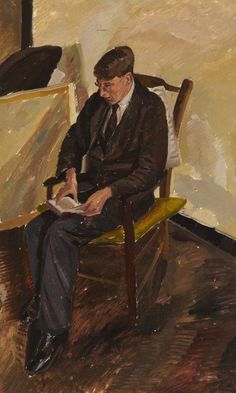 It was a week for storms and flooding in Texas and Louisiana and the extremes of human behavior in the face of tragedy – stories of courage and heroism and stories of the opposite. Our news media also exemplified the extremes – great and often heroic news coverage, and a fixation on what kind of shoes the First Lady wore during the Texas visit by President Trump. Increasingly, I’m embarrassed to admit my undergraduate degree is in journalism.

Two law professors wrote an op-ed article for the Philadelphia Inquirer that argued that many of our problems today come from a collapse of middle-class culture. And, yes, the world came to an end. Rod Dreher at American Conservative has the story.

My first exposure to artist Georges Roualt (1871-1958) was via small book called Roualt / Fujimura: Soliloquies by Thomas Hibbs. Roualt created the kind of art I can stare at for a long time, and Makoto Fujimura creates that arresting kind of art today. Literary Life had a feature on Roualt this week, part of its series on 75 Masterpieces Every Christian Should Know by Terry Glaspey.

Attendance at Colonial Williamsburg is down by half since 2007, and part of the reason is that American’s are increasingly less interested in history. Apparently, all historical museums are experiencing downturns. What surprised me was that few universities require American history for undergraduates any more. (Of course, you can get a degree in English literature at UCLA without studying Shakespeare, too.) The Federalist has the story.

Good poetry, an article on Jonathan Edwards as a founding father of American political thought, where to go if you lose something on a train or the tube in London, a feature on a London butler, and a chess player who’s open about his Christian faith. And more.

The Rise of Digital Technologies and the Decline of Reading – Tim Challies.

“All Cultures Are Not Equal” – Rod Dreher at The American Conservative.

Can You Write Your Story Before It’s Become a Story? – Ann Kroeker.

Americans’ Declining Interest in History is Hitting Museums like Colonial Williamsburg Hard – Jennifer Teidemann and Karen Marsico at The Federalist.

I’m That Rare Breed: An Elite Chess Player Who’s Open About His Faith – Wesley So at Christianity Today.

Do You Know the 7 Differences between Galilee and Judea in the Time of Jesus? – Justin Taylor at The Gospel Coalition.

God & the Violinist – A Story about Beauty


Top painting: Man Reading, oil on canvas by Barnett Freedman (1925); Ben Uri, The London Museum of Jewish Art.
Posted by Glynn at 5:00 AM