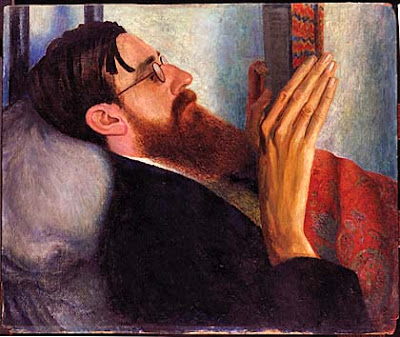 Damon Linker at The Week leans to the politically liberal. He’s looking at what he calls “the great unchurching of America,” and has found reasons for growing concern. He also has an interesting take (and a correct one, in my view) about why so many evangelical Christians voted for Donald Trump. This is one of those warnings about being careful what you wish for, because you may get it.

David Warren at Essays in Idleness writes about the life and death of poet John Ashberry. Christine Norville at The Imaginative Conservative considers the worldview of poet Richard Wilbur. And The Guardian has a story about a man who tracks down plagiarism in poetry – with some surprising results.

Two major hurricanes have revived concern about climate change and global warming. Scott Adams, he of the Dilbert cartoon, has a common-sense approach to when to trust the experts. And speaking of hurricanes, teacher Holly Hartman downloaded an app – and two minutes later, was part of the Cajun Navy.

I’ve become a fab of the blog Spitalfields Life, which has wonderful articles about life, art, culture, photography, and more in the Spitalfields area of London’s East End. Take a look at its recent articles on the photographer Bill Brandt and the artist Alan Stapleton.

If you ever wondered where the British Museum came from, a new book (reviewed by The New York Times) has the story.

And a video on how the post office made America.

Hope in Creation: The Worldview of Richard Wilbur – Christine Norvell at The Imaginative Conservative.

'Plagiarists never do it once': meet the sleuth tracking down the poetry cheats – Will Storr at The Guardian.

Iris Murdoch and the Limits of Language – Aram Mjoian at The Millions.

The Dangers of the Great American Unchurching – Damon Linker at The Week.

The Christian Journalist in the Era of Fake News – Gracy Olmstead at Mere Orthodoxy.

When to trust the experts (climate and otherwise) – Scott Adams.

I downloaded an app, and suddenly was part of the Cajun Navy – Holly Hartman via The Houston Chronicle.

There's Blood in the Water in Silicon Valley - Ben Smith at Buzzfeed.

New Survey Finds Majority of Protestants Are Not Protestant – Joe Carter at The Gospel Coalition.

Summer Gold and Today is Brought to You by the Color Yellow – Tim Good at Photography by Tiwago.

A de Kooning, a Theft, and an Enduring Mystery – William Rashbaum at The New York Times.

The Man Whose Cabinet of Curios Helped Start the British Museum – Book Review by Bruce Bucher at The New York Times (Hat Tip: J of India).


Painting: Portrait of Lytton Strachey, oil on canvas by Dora Carrington (1916).
Posted by Glynn at 5:00 AM