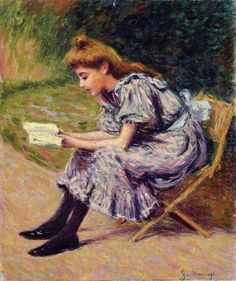 The arguments about America’s founders aren’t really about the people who founded the United States, but about contemporary American politics (and power). And we haven’t seen the end of it, not by a long shot. So, it’s rather refreshing to find an article on why Benjamin Franklin, of all people, called for prayer at the Constitutional Convention. Franklin biographer Thomas Kidd has the story.


Scott Slayton has been reading the novels and stories of Wendell Berry, and finding some interesting things.


Trevin Wax at The Gospel Coalition asks if we should pull the plug on cable news. Emina Melonic looks at the humanities, and while she writes about their uselessness, she’s addressing another question. Five architects tell the Smithsonian Magazine was is the one building they wish had been preserved.


I’ve included two articles from Spitalfields Life, a blog written from London, and I could have included more. Its owner, known as The Gentle Author on Twitter, writes consistently with style, knowledge, and understanding. It is an effort of love.


The Best Way Writers Let Go and Get to Work – Mick Silva.


If a Writing Nemesis Holds You Back, It’s Times to be Free – Ann Kroeker.


Why Benjamin Franklin Called for Prayer at the Constitutional Convention – Thomas Kidd at the Gospel Coalition.


Free to Love – Erik Raymond at The Gospel Coalition.


The Best Quotes from 12 Ways Your iPhone is Changing You – Scott Slayton.


The Uselessness of the Humanities – Emina Melonic at The Imaginative Conservative.


Should We Pull the Plug on Cable News? – Trevin Wax at The Gospel Coalition.


Why Our Civil Discourse is Broken – Annie Holmquist at The Imaginative Conservative.

I moved from a blue state to a red state and it changed my life - Leah Singer at USA Today.


Learning the Math – Maureen Doallas at Writing Without Paper.


Bonding – Lise at All the Words


Five Architects on the One Building They Wish Had Been Preserved – Smithsonian Magazine.


Living with Sheep – Jack Baumgartner at The School of the Transfer of Energy.

Painting: The Reader, oil on canvas by Federico Zandomeneghi (1841).