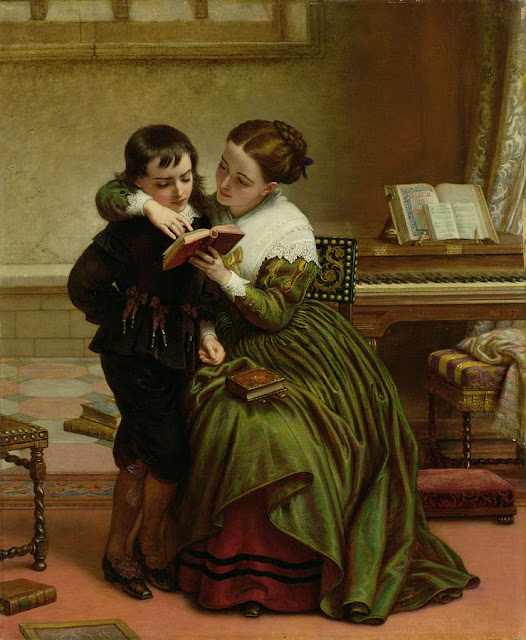 As Advent draws to a close, you might consider reading some of the poetry inspired by the “O Antiphons.” Historically used at Vespers during the last seven days of Advent, the “Os” have inspired poets for more than a thousand years (“O Come, O Come Emmanuel” is one example). A Clerk of Oxford has the story.

George Cruikshank (1792-1878) is best known for being one of the illustrators for the serialized novels of Charles Dickens. But he worked for many other authors and publications. Spitalfields Life has a selection of his drawings for the Christmas season.

A few weeks ago, The New York Times profiled a white nationalist, and caused all kinds of protest because, people claimed, the account made him seem almost normal. That’s exactly the point, says Trevin Wax at The Gospel Coalition. Evil often is “almost normal,” and it can lurk inside all of us. Exaggerating it into caricatures of Hitler inevitably trivializes it.

Lisa Deam has an Advent prayer from Bernard of Clairvaux, there are all kinds of wonderful photographs this week, two lost articles by C.S. Lewis have been found, and the Southern Seminary Vocal Ensemble invite you to come behold the wondrous mystery.

The Anglo-Saxon O Antiphons: O Caelorum Domine, Lord of the Heavens – A Clerk of Oxford.

Stand if you are able - Jared Gilbert at Christian Poets & Writers.

Bill Clinton Should Have Resigned –Matthew Yglesias at Vox.

When evil has nice manners – Trevin Wax at The Gospel Coalition.

A prayer for Advent from Bernard of Clairvaux (1090-1153) – Lisa Deam at The Contemplative Writer.

We Three Kings of Orient Aren't - Greg Lanier at The Gospel Coalition.

The Brutal Charm of the Soviet Bus Stops – Christopher Herwig.

The Fallen Series and Into the Sun - Morning Woods-scapes – Tim Good.

Till the Day Break – Tom Darin Liskey at Literary Life.

What to Do When You Suspect It’s (Your Writing) is Not Enough – Mick Silva.

Merry Christmas, Glynn. Wishing you and yours all the blessings of the New Year.