Zechariah: From Priest to Speechless to Prophet 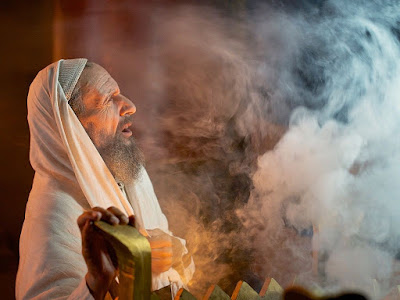 The account of the nativity in the Gospel of Luke (Luke 1:5-25, 57-80) begins with the story of Zechariah, a priest and therefore a Levite. His division of priests was on duty, and he was chosen by lot to serve as the incense burner – the priest who went into the temple to burn incense to the Lord.

This is what we know about him: he was elderly; his wife Elizabeth had not been able to bear children; he and his wife were “upright in the Lord” – they observed all of the Lord’s commandments and regulations “blamelessly.” They lived in the hill country of Judea, but he would occasionally have duties at the temple in Jerusalem. Sometime priests like him would be chosen for burning incense. And so he’s chosen and his does his job. 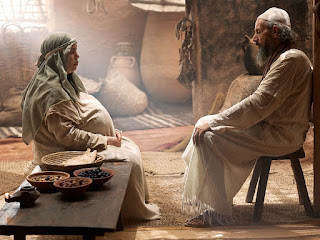 As the incense burns, and the aroma fills the place, and as the smoke rises, Zechariah sees a figure standing to the right of the altar, and it scares him to death. No one else was supposed to be there; no one else could have entered except through the front door. The account says it was an angel of the Lord, but Zechariah was likely so scared witless he didn’t know what he was seeing until the angel spoke.

At first the angel doesn’t identify himself. He simply tells Zechariah not to be afraid, and that his prayers have been answered. Elizabeth will bear him a son, whom will be named John. The child will be joy, and the child will be set aside for God’s work. No alcohol will touch his lips, and he will be filled with the Holy Spirit from birth. And he will do great things for God and his people. 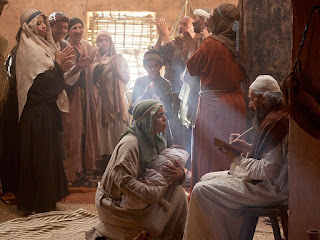 We then get another glimpse into Zechariah. He asks the question that most if not all of us would ask. You have to be kidding, right? I’m old. My wife is old. How can I be sure of this? He doesn’t say it this way, but it sounds as if skeptical Zechariah is asking for a sign. (One’s reminded of Sarai in the Old Testament laughing when the strangers tell her husband Abram that she will bear him a son.)

Then the angel’s tone changes. He tells Zechariah his name – Gabriel (he will be the same angel to tell Mary that she will bear the Messiah). And because Zechariah did not at first accept what Gabriel was telling him, he will give him a sign of sorts – Zechariah won’t be able to speak until his son is born.

When he returns home, he communicates with Elizabeth, likely by writing. And she accepts the message immediately. If anyone had a reason to be skeptical, it was Elizabeth. But she accepts it for the blessing that it is. Nine months later, she gives birth to a son.

Eight days after his birth, they bring him for circumcision and to receive his name. The expectation is that he will be named after his father. No, says Elizabeth, he will be named John. They turn to Zechariah, and he writes the name “John.” Immediately he can speak again, and the first thing he utters is a prophecy.

“Blessed be the Lord God of Israel,     for he has visited and redeemed his people and has raised up a horn of salvation for us     in the house of his servant David, as he spoke by the mouth of his holy prophets from of old, that we should be saved from our enemies     and from the hand of all who hate us; to show the mercy promised to our fathers     and to remember his holy covenant, the oath that he swore to our father Abraham, to grant us     that we, being delivered from the hand of our enemies,     might serve him without fear,     in holiness and righteousness before him all our days. And you, child, will be called the prophet of the Most High;     for you will go before the Lord to prepare his ways, to give knowledge of salvation to his people     in the forgiveness of their sins, because of the tender mercy of our God,     whereby the sunrise shall visit us from on high to give light to those who sit in darkness and in the shadow of death,     to guide our feet into the way of peace.”
(English Standard Version)

We don’t know if Zechariah lived to see his son become John the Baptist. But it was enough for him to know and to speak what his son would do. 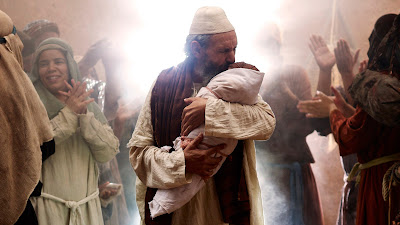 Pastor Brian Schulenberg has a one-act, one-actor play, I’m Speechless: Zechariah’s Story, that tells the story of the account in the gospel in simple, easy-to-understand language.
Posted by Glynn at 5:00 AM