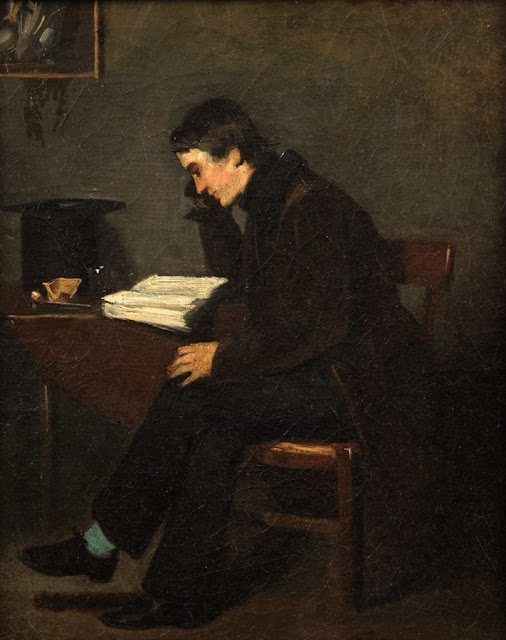 I occasionally give universities and education in general some grief in this space, so it’s only fair to note a story by Jerry Adams at The Educator’s Room. He lists 10 things teachers did not have to deal with 10 years ago. Like mobile phones. At the school where I occasionally do substitute teaching, students have to park their cell phones in a wall “pouch pack” during class. Smart.

John Copenhaver at CrimeReads suggests a reason for the popularity of crime fiction. The story usually ends in closure. And The Guardian asked crime writers to name a favorite novel. One, Scotland’s Ian Rankin, picked Bleak House by Charles Dickens.

Alastair Roberts is a theologian in the north of England who actually gives theology a good name – he makes it approachable for the rest of us. He writes on all kinds of topics, and he’s a frequent speaker both in the UK and the U.S. What couldn’t help but catch my eye was a recent post called “Priest, King, Prophet.” (I have a novel called Dancing Priest, and one called Dancing King. Perhaps he knew the working title for the next one is Dancing Prophet?)

Should every writer read poetry? Yes, says literary agent Janet Reid. And a field guide to how to stay in church, a map pf London slang, Chopin for everyone, David Rupert on why Jesusis for losers, where Nutella came from, and more.

10 Things Teachers DID NOT Have to Deal With 10 Years Ago– Jeremy Adams at The Educators Room.

Why every writer should read poetry– Janet Reid, Literary Agent.

How to Stay in Church: A Field Guide– Aaron Smith at Altarwork.

Jesus is for losers (Count me in)– David Rupert at Red-Letter Believers.

Why Do I Keep Returning to The Lord of the Rings?– Zak Schmoll at Entering the Public Square.

Sowing the Seeds of Love– ED at Image Journal.

Chopin for Everyone– Terez Rose at The Imaginative Conservative.

Nutella – the Miracle of WW2

Love the priest, king, prophet coincidence, or is it rather, a God-incidence? Sorry I haven't been tweeting lately, but just got back in town.
Blessings, Glynn!