A Conversation about Journalism 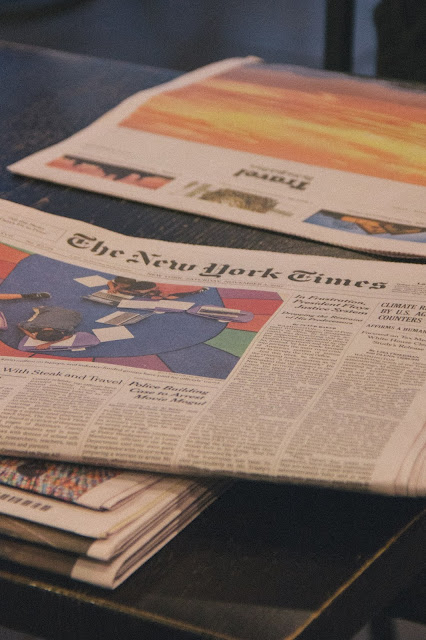 We have to start talking about journalism in the United States, and specifically the decline of journalism. Newspapers, television programs, and online news sites have been talking for years about how to fix the problems of circulation, readership, viewership, and competition from social media platforms, but I don’t think they’re going deep enough.

I’ve been working on a new fiction manuscript for some months now. The story is rooted in a community and the people who live there. An event happens that attracts the news media, both local and national. While the event and the role of the media are only a small part of the story, I’ve spent time researching news media, news, and how (and often why) certain event are covered.

This wasn’t a big stretch; my B.A. degree is in journalism, and I worked with journalists for most of my professional career in corporate communications. For three decades after I graduated from college, journalism remained recognizable. In 2003-2004, I was the director of communications for St. Louis Public Schools, amid a highly controversial reorganization. I dealt with journalists daily. I was interviewed daily, and usually by multiple reporters. (My first interview occurred 15 minutes into my first day on the job, when a TV reporter wanted a statement on a teacher sickout. I hadn’t even filled out my HR paperwork when I was standing before a camera.)

Photograph of The New York Times by Wan Chen via Unsplash. Used with permission.