"With or Without Me" by Esther Maria Magnis 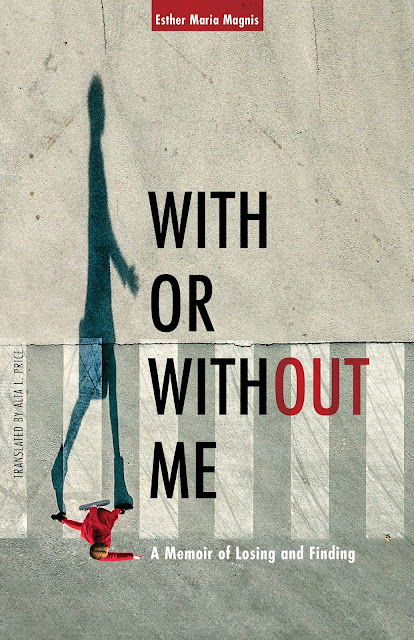 When she was 15, Esther Maria Magnis learned that her father had terminal cancer. He was given anywhere from three weeks to three months to live.

Magnis was the middle child of the family, with an older sister, Steffi, and a younger brother, Johannes. The three of them spent the next two years (their father lived longer than the doctors’ prognosis) trying to be supportive, dealing with their own pain, supporting their mother, and often taking care of themselves as their parents tried everything to find a cure, including traveling to doctors and clinics both in Europe (the family lived in Germany) and the United States.

But With or Without Me: A Memoir of Losing and Finding, translated by Alta Price, is not so much a cancer journey as it is a story of a faith journey. Magnis had had faith as a child, lost it as a young tee, and then struggled, and struggled mightily, once the family knew her father’s diagnosis.

This is a journey that is often raw, angry, hopeful, searing, sacred, and profane – and often all at the same time. Magnis would come to cling to God even as she screamed at him, doubted his existence, and raved and ranted at him. It’s not an easy story to read, but then it was almost an impossible story to live.

Several years after her father’s death, her beloved brother Johannes was diagnosed with melanoma. Things looked promising after a surgery on his face; they doctors had gotten it all. But there was more to come, and she would eventually lose him as well.

Most of us can’t even imagine a journey like this, the pain of losing both a father and a brother to a harsh disease that seems to offer no pity or respite. She experiences when it didn’t even seem like she was enduring. “If God is love,” she writes, “it’s a kind of love I do not understand.”

Magnis, born in 1980, studied comparative religion in Germany and Italy and has worked as a journalist. She now lives and works in Germany.

With or Without Me is intensely personal. It will tear at your heart, mind, and soul. It will bring you to tears. And it will astonish you with its honesty and depth.

Email ThisBlogThis!Share to TwitterShare to FacebookShare to Pinterest
Labels: book review, cancer, Esther Maria Magnis, faith, Germany, memoir, Without or Without Me

Thank for this review. It's a shame it's such a long wait until the book comes out.