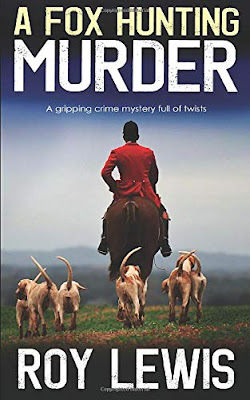 It’s a foxhunt, held in the north of England in the York countryside. It has its usual riders – local big names and professional people, and it even has its protesters. It also has a dead man. Several of the riders discover the body of man, his face blown away by a shotgun. It turns out the victim is a professional agitator, long associated with many protests – including one against the foxhunt.

The local police have their hands full with other cases, so they ask for help from the murder squad at Scotland Yard. Inspector John Crow duly arrives and is told not to make waves with the local bigwigs. It’s advice Crow ignores, with predictable results. But Crow is investigating a murder, and he doesn’t really care if the locals are offended or not.

The case is anything but simple. The dead man had plenty of enemies, from a former colleague and a former girlfriend to the foxhunters and other important local people. As Crow gets deeper into the case, he begins to find connections where he doesn’t expect them – local real estate deals, a charlatan religious guru, and potential suspects who want him looking at anyone except themselves.

A Fox Hunting Murder is the sixth Inspector Crow mystery by British author Roy Lewis, and it may be the best one so far in the series. Crow, who usually discounts feelings and intuition and preferring solid police investigation, will find himself ultimately relying on exactly what he discounts to ferret out the murderer.

Murder for Money by Roy Lewis.

Murder in the Mine by Roy Lewis.