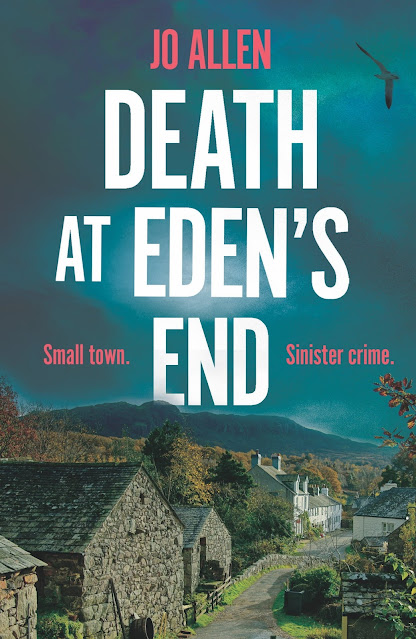 Eden's End is a nursing home filled with elderly residents. Death is a normal if not common occurrence. A woman who’s 100 years old is found dead in her chair. The expression on her face suggests she’s angry that she’s been cheated of a few more years. It looks like a natural death, except a visiting home nurse has questions. She thinks that the lady might have been helped along.

The nurse happens to be the ex of Detective Chief Inspector (DCI) Jude Satterthwaite of the Cumbria Police. She tells him her suspicions, and he convinces her to call it anonymously in to the National Health Service. That they’re talking civilly to each other at all is something of a miracle, but she knows he’s almost a puritan when it comes to crime, law, and order, and he’s telling her to do what she herself wanted to do anyway. He just gave her the needed push.

As it turns out, the woman died of suffocation. She was smothered. Suspects are plentiful – the Polish care worker, the director of the home, a niece waiting for her aunt to die, and possibly even person or persons unknown.

For DCI Satterthwaite and his team, leads are few. Slowly, they begin to unravel what looks to be a very clever plot, one with its seeds in decades long since passed.

Death at Eden’s End is the second of the DCI Satterthwaite mysteries by British author Jo Allen. Allen mixes together a charismatic DCI, an ex-wife, a growing love interest on the police team, and a host of motives to roduce a fast-paced, satisfying mystery story.

Allen is a native of Wolverhampton, England, and has graduate and postgraduate degrees in geography and earth science. After a career as an economic consultant, he began writing short stories, romance, and romantic suspense under the pen name of Jennifer Young. She began writing the DCI Satterthwaite crime novels in 2017.