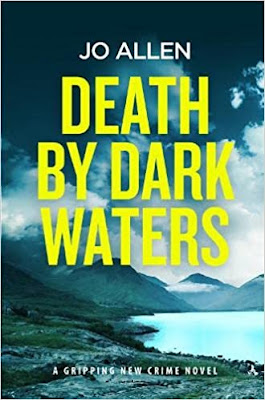 The weather in Cumbria has been dry – ideal for grassfires, both natural and set. After one fire, which engulfed part of an old, abandoned farm, a body is found. But it doesn’t appear to be a victim of the fire – the coroner determines the victim was dead before the fire.

The victim is the 12-year-old son of a wealthy app developer, known for his online dating sites.

Detective Chief Inspector Jude Satterthwaite of the Cumbria Police investigates with his team, including a new (and very attractive) detective sergeant. Satterthwaite is three years out from his divorce, and it doesn’t help that his ex-wife lives next door to his mother.

The victim’s father has no use for the police; he’d almost been framed for a crime he didn’t commit by a former police officer in another part of England. He has his own security force at his mansion, which obviously didn’t help protect his family. But the family has secrets, and those secrets will send Satterthwaite and his officers down rabbit holes before they find they right one.

But before that, a second murder happens, and the suspects are getting increasingly few on the ground..

Allen is a native of Wolverhampton, England, and has graduate and postgraduate degrees in geography and earth science. After a career as an economic consultant, he began writing short stories, romance, and romantic suspense under the pen name of Jennifer Young. She began writing the DCI Satterthwaite crime novels in 2017.
Posted by Glynn at 5:00 AM