A Kind of Madness: "The Heart Aroused," Part 1

I first read David Whyte’s The Heart Aroused: Poetry and the Preservation of the Soul in Corporate America when it was first published in 1994. I was occupying one of those “high watermarks” in my career, having helped create an environmental revolution in the chemical industry; writing speeches for a CEO whose words were recognized, admired, quoted and reprinted; successfully undertaken the transition of employee communications to new electronic technology; and preparing to create the company’s first web site – one of the first corporate web sites in the manufacturing industry. 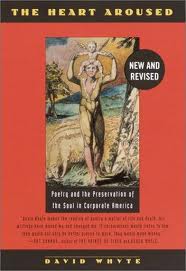 I read The Heart Aroused, and I remember the shock of recognition, and even a sudden chill. With my team, I had gone through an incredible burst of creativity, and it had helped to unleash profound change within the company and within our industry. But alongside that creativity was a growing feelings that people, processes and the status quo were being threatened.

We launched the corporate web site. One of its most popular features was a weekly cartoon (which back then took forever to load on the computer). It humanized the company in a way nothing else quite could. Employees loved it. Human Resources didn’t.

The CEO retired about the time we launched the site, and it was sooner than expected. His successor, like new CEOS like to do, started making changes. The changes to the business weren’t that unusual, but within five years they led to the company being split, merged and acquired. But the changes to internal management and the management of people became an all-out assault on the company culture.

What came was a kind of madness.

Staff functions were reorganized into the latest business fad – shared services. Staff functions were expected to be profit centers, selling their services to the business units. To my knowledge, only one team managed to succeed – mine. We hired a PR firm to teach us how to be a PR firm. I had to go out and sell, which I did. I will not forget the expression on my boss’s face when I told him I had sold enough business to cover the cost of my team and to hire five additional people.

We were successful; most teams weren’t. The reorganization created significant chaos, and a lot of work simply stopped. The concept was finally abandoned when the CEO decided to spin off a significant portion of the company. As that was planned, some of the most bizarre corporate behavior I had ever experienced was occurring.

Imagine 300 senior executives at a retreat, directed by a consultant to sit on the floor to play a game with Legos.

Imagine spirit teams wandering the corridors, looking for people to celebrate and sing to.

Imagine a room set aside in the executive office building for meditation, opening to any and all employees but you needed to bring your own meditation pillow.

Imagine people being paid as full-time employees to lead a one-hour discussion a week on novels.

Imagine people being told to work on whatever they found interesting – even if it was someone else’s job and responsibility. 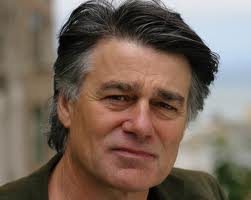 Imagine a decision to eliminate the corporate archives, because someone wanted the physical space the archives occupied.

Imagine a corporate speechwriter telling a secretary to get the vice chairman out of a meeting so the archives could be saved. Imagine that speechwriter – in his business suit – climbing into a large dumpster to rescue archived photo files that had already been trashed.

Whyte’s book helped me make sense of what was happening. The changes did unleash a lot of creativity, but they also unleashed something Whyte talks about in his book – the darkness where creativity lives. Because with creativity come our fears and phobias.

The company eventually split, merged and was acquired. The madness (and those singing spirit teams) came to an end. There had been a lot of creative destruction, accompanied by a lot of destruction of creativity.

Many of the really good, creative things my team had done were destroyed. A few things (like the archives) were saved. Other things did outlast our version of the Chinese Cultural Revolution.

Surrounded by chaos, fear, ruthlessness, meanness, and a few examples of heroism, I was forced to confront and define what was important to me. I would turn away from corporate life for almost five years. In the middle of that period, I started envisioning a story – a story that became a manuscript and finally a published novel.

But the creativity that could have been utilized in a corporate context was channeled in another direction.

On Wednesday at TweetSpeak Poetry, Lyla Lindquist will begin a weekly discussion of David Whyte’s The Heart Aroused. You can read the prompt here. Because of the importance the book has played in my own career and development, I will have three posts this week: this introduction today, a post on Beowulf on Tuesday; and a meditation on the heart on Thursday.

This post is also being submitted to the One Word Blog Carnival hosted by Peter Pollock. The word for this carnival is madness, and the links will be live on Tuesday.
Posted by Glynn at 5:00 AM

Well done. I really enjoyed this snapshot of corporate change and the resulting dribble down effect. I'm going to share with my hubs who is highly creative and who works in corporate America. I know he will relate to both sides of the coin.

Glynn, wow. This is the most comprehensive discussion of this experience I've heard you share to date. And it is so powerful.

Really pleased that you are joining with Lyla for this.

Am still waiting for my copy of book to arrive, and hoping it comes today so I can start reading. Am looking forward to the online discussion.

Your post is excellent, Glynn. You've given us pieces in the past but here bring all those pieces together in a new way.

Having been out of the job market for over a year, reading this made me wonder why we try so hard to make something succeed, that seems in the end, to almost eat us alive when it does. Almost...published book-dream realized.

singers in the hallway...meditation room to get away from the singers...

i heard on the radio today of people at apple keeping tents over their desks to keep the designs a secret from the other employees.

Wow. ONE of those ideas MAY have had a positive effect on morale, but ALL of them together make me wonder if they were trying to get everyone to quit. Wow...

Glynn, wow, what an experience that might have been... I used to work for a major IT company, and I've seen my share of new crazy ideas that everybody knows that are not working, but they pretend they are to please the boss. But I've never seen so many at the same time as you described.

We knew the State was coming to take over much of our business that our county had been doing to collect child support for the parent with the children. We also knew that behind the scenes was the Federal Government who would eventually take over. Through out the county we were requested for those with 10 years in or a certain age, to retire with a golden handshake. I qualified on both counts so I retired - Praise God. I got out before all the really MADNESS happened. Soon our large office dwindled down and eventually had to move to a smaller place.
This whole world is full of maddness and craziness. Only what is done for Christ will last!

Oh No, Second try: I hate these blurry hard to read words. I am not a computer. :-)

What Hazel said: This whole world is full of maddness and craziness. Only what is done for Christ will last!

That is exactly where my head was turning. I've seen so much... mostly just watching others have this in their face and struggling with the various "changes", many of which are forcing/ turning their businesses and employees into a definitely un-Godly direction. With what's coming down our present path, it takes real courage to stand up and do what's truly right. So sorry with what you walked through, but you're able to help others see what they might miss. You'll be the "teacher". Blessings.

So good topic really i like any post talking about Health Articles but i want to say thing to u Health not that only ... you can see in Health ideas The basic food groups the food pyramid and more , you shall search in Google and Wikipedia about that .... thanks a gain ,,,