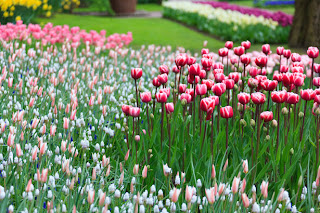 Shawn Smucker, who’s currently traveling with his family across the United States in an RV (big bus), had not one but three wonderful posts this week, including one about the value of a father that brought tears. (And then he had a guest poster, Tamara Lunardo, who did the same thing.) there were some wonderful poems by Maureen Doallas, John Blasé and Chris Yokel, photographs that inspired fiction for Darlene, several photos that effectively captured fog, and a new video by the Piano Guys that will sound familiar if you’re an Elvis fan (and saw the movie Blue Hawaii). It’s was a great week for online stuff.

“The Best Way to become a Bitter, Angry Person,” “When a Woman Isn’t Allowed to Run the Race,” and “The Man Who Kept the World at Bay” by Shawn Smucker.

“When You Pray for a Heartbreak” by Jennifer Dukes-Lee at Getting Down with Jesus.

“Present in the City, Part 2” by Seth Haines.

“5 Secrets to Making It in Business” by L.L. Barkat at Green Inventions Central.

“I am my difference” by Louise Gallagher at Recover Your Joy.

“Struggle is a sure sign you’re creating art” by Jeff Goins.

“When you make a mess” by Billy Coffey at What I Learned Today.

“You Don’t Need My Tolerance” by Matt Appling at The Church of No People.

“How We Can Write the News” by Duane Scott at Scribing the Journey.

“The Ultimate Guide to Social Media for Writers” by Robert Lee Brewer at My Name Is not Bob.

“Why Christian Fiction Should Not Provide Answers” by Mike Duran at deCompose.

“Mama for a Moment” by Tamara Lunardo for Shawn Smucker.

“Putting on a Voice” by Daniel Donovich at The Itinerant D.

“Jackie” by Lyla Lindquist at A Different Story.

“The Hillbilly Guide to Air Travel” by Kathy Richards at Katdish, dedicated to Billy Coffey.

“Dreams of Gnomes & Knaves” by Brian Miller at WayStationOne.

“Witches Dance at Midnight” by Robert Lee Brewer at My Name Is Not Bob.

“Bring You Home” by Chris Smith at WelshPoet.

“Wolf School” by Tony Maude at Rumours of Rhyme.

“Oxygen” by Michael D. Perkins at the Handwritten.

“A human cholera” by B.K. McKenzie at signed…BKM.

“Get Lost” by John Blase at The Beautiful Due.

“Be Still and Know” and “Something to Remember” by Susan Etole at Just…A Moment.

“Caught by the Light” by J of India at Neither Use Nor Ornament.

“Morning Mist” by Steve Gravano at Take a Look Around.

“Entering the Fog” by Bradley Moore at Shrinking the Camel.

“Only in California: A Photo Essay of Fun” by Diana Trautwein at Just Wondering.

“Internet Trucks” by Brian Russell at The Underfold.

“Can’t Help Falling in Love” by The Piano Guys.

“Fiction” by Tim Challies at Informing the Reformed.

Photograph: Blooming Flower Garden by Vera Kratochvil via Public Domain Pictures. Used with permission.
Posted by Glynn at 5:00 AM

Glynn, thanks for mentioning my piece honoring our friend Jackie. A lot of really great stuff here, as usual. Appreciate your "mining " work.

thank you sir...i am honored...and def looks like i have some good reading ahead of me....

have a great saturday

Mister Glynn, another diverse collection. Those writerly links are chock full of good stuff. And Elvis? You betcha, I'm off to watch/listen to that link. Also, thanks for sticking me in with this group-what a gift.

(And that social media bit couldn't be more timely!)

Thanks for this mention, Glynn, and for your continuing faithfulness in re-tweeting my daily stuff. I truly do not know how you do it.

Thank you for your generous shout-out, Glynn, and including two of my poems in your roundup.

So much good reading this week!

thank you for what you do and how you do it. you are a wonderful bother.

Thanks for this helpful digest! I appreciate it!

wow you are such a blessing to so many friend... truly. thank you for this list... i'm looking forward to exploring these reads. e.

Adding my thanks as well. You are a true encourager!

Thank you so much for including my post! I'm thrilled you found it a good enough read to remember ^_^