Daniel Dydek's "If They Keep Silent" 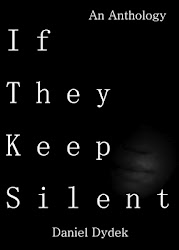 A werewolf who wants to change. A blind man who is caught in a storm in the mountains. A college student who learns his room at home has been destroyed. A girl who dies in what is likely a suicide. What a woman endures while her husband is at war. A speculation on what can happen because a man picks up a teddy bear on a shelf at a store like Wal-Mart. A young hunter shooting a stag with an arrow makes a decision to do something unexpected.

These are the stories of Daniel Dydek’s If They Keep Silent, his first collection of short stories and an impressive beginning for the young writer.

The subject range is wide, but the stories are mostly about young adults in unusual situations. Some face choices; some make decisions. Some simply react. But all of them have a story that has to be told.

In “The Beast Within,” a young student is bitten by a wolf, but not just any wolf. He becomes a werewolf, and finally has to make a choice to stay a werewolf or change. “The Storm” is the story of a young man blinded in an accident, how he meets the girl he falls in love with, and what happens when he breaks his leg while hiking in the mountains and she goes for help.

In “Not in the Whirlwind,” a young college student who’s changed his majors three times in three semesters goes home to find a storm has destroyed his room, and finds he lost and gained something more important than a room. “No One Heard Her” describes the likely suicide of a young woman who learns she’s pregnant, and how her boyfriend, her parents and her church all don’t hear her until it’s too late. 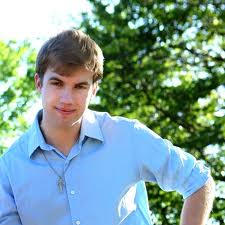 In “Casualties of War,” a young woman waits at the window for the return of the man she loves, who is off fighting a war. What’s fascinating about this story is how Dydek makes the same scene common to all wars, a statement that times changes, technology changes, the geography of war changes – but the human condition remains the same.

“The Butterfly in Brazil” explores the possibilities of applying chaos theory to a common shopping scene at a store. Each character reacts and responds in a different way, with the idea that small things can lead to big things. In “The Watchman,” a fantasy story, a young hunter meets a stranger, secretly follows him to his camp, and then learns the stranger’s history. The hunter is compelled to make a decision, and he does.

The writing is all seven of the stories is lean and spare, and stays focused more on the characters’ conversation than extensive descriptions of the settings. Dydek does not waste words; he wants to see what happens with the people who walk the pages.

And the characters are the focus of If They Keep Silent, ordinary people often dealing with extraordinary events.

Related: Daniel blogs at The Itinerant D (as Daniel Donovich; Daniel Dydek is likely his pen name.)
Posted by Glynn at 5:00 AM

Wow! I'm not sure I deserved an entire post, but thank you so, so much! I'm thrilled that you enjoyed the stories. This was definitely an awesome thing to see upon waking up, too! Thank you!

How lovely that the author caught your post. Wishing him much success.

Wondering if they are stories my grandson [14] might enjoy.