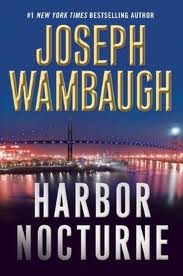 Joseph Wambaugh has been writing bestselling police novels since he published The New Centurions in 1971. His novels have included The Blue Knight, The Choir Boys, The Black Marble, The Glitter Dome, and The Delta Star, and his non-fiction true crime works have included The Onion Field, The Blooding, Echoes in the Darkness and Fire Lover.

In recent years, his police novels have followed on the Hollywood Police Station. Harbor Nocturne, his latest work, isn’t completely set in Hollywood but its policemen play a large role in the novel. And there must be no weirder or more dangerous place for a policeman to work than Hollywood.

At the heat of the story is Dinko Babich, a young longshoreman currently suspended from work for smoking marijuana, and Lita Medina, an illegal alien from Mexico who is working as a dancer (and other things) in a nightclub. Lita is only 19 but already has a long history. Dinko, an immature 31, falls head over heels in love with her.

The problem is that Lita sees one of her fellow dancers arguing with a man in Korean; the dancer turns up dead. The man who killed her knows that Lita is a liability. And liabilities have to be eliminated. 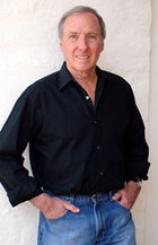 Wambaugh, himself a former policeman, brings the reality of the police station and the street to Harbor Nocturne and all of his stories, and the result is both shocking and riveting. His heroes and heroines are real, flawed people. His villains are three-dimensional. The scenes and language are often brutal and graphic, smacking the reader upside the head. But it all seems very real, a if Wambaugh sites inside the Hollywood Police Station itself to write his stories.

What prevents the story from becoming too dark is Wambaugh’s trademark humor – the jokes, the situations and the pranks that come from almost all of the characters. That humor, itself often dark, leavens what could be a depressing view of life and humanity.

The fascinating aspect of Harbor Nocturne is that there are no “major” characters dominating the story, but instead a host of finely drawn supporting characters, from the policemen and the villains right down to the minor characters, like the panhandlers dressed as Superheroes in front of Graumann’s Chinese Theatre. Wambaugh has a talent for vivid characterization, but he keeps it in check to prevent any one character from playing a title role.

And that is the essence of Harbor Nocturne: the story is the story itself, the daily grit and grime of police work by men and women who meet each day, and each crime, as it comes.
Posted by Glynn at 5:00 AM

I haven't read one of his books in years. I loved The Onion Field, as chilling as it was -- to me it was kind of in the vein of In True Blood.

I might have to check him out again -- even though my reading list is four pages long.