Voice, Part 2: The Passion of Place

In writing, as in life, a sense of place is important. I define “place” as geography – real and imagined. In my novel Dancing Priest, place stretches from Edinburgh and London to Athens, Los Angeles and San Francisco. In particular, San Francisco occupies an important place in the story, both the “macro” environment of the city itself and the “micro” environment of the area around the fictitious St. Anselm’s Church. 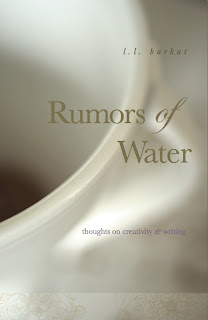 I have been to San Francisco many times, but I’ve never lived there. I’ve been in the approximate area where I located St. Anselm’s Church, so I had a general sense of the location – the warehouses and the nearby shops. San Francisco will be the major setting for the novel’s successor (as yet untitled).

Place is important. And the odd thing is that, the older I get, it’s becoming more important.

I was born and raised in New Orleans, a city that’s unique in the United States. I could and probably would argue that it’s the least American city in the country, more like a Caribbean city. And I was always something of an exception – a Protestant raised in a largely Catholic city; a father from north Louisiana, not a native New Orleanian (and a father with a slight Southern accent that had been largely ground out of by World War II); and my distinctly non-New Orleans accent. My New Orleans-accented mother and my Southern-accented father produced a child who sounded like he was from the Midwest.

Another exception: the suburb I was raised in was the most American suburb in this less-than-American city. By the time I left elementary school, new names were mixing into the classrooms that had previously been full of Thibodeauxs, Charbonnets, Heberts, Melancons, and Chenovas. New names were coming in – Clarks, Pollocks, Pells, Smiths, and Wells – children of the engineers and scientists coming from all over the country to work at the huge NASA facility in the city.

The kids spoke American English instead of New Orleans English, adding to the gumbo of dialects saturating the city. Their parents, who invariably spoke Yankee English, were not quite prepared for a place like New Orleans – and always managed to offend the natives by asking why everything seemed so dirty, like the blind date I had with a girl from Arizona who said the French Quarter resembled the slums in Phoenix.

And it was a time of social change. I can remember as a child separate water fountains and restrooms marked “white” and “colored.” There was a color line on the buses – you knew without being told where to sit. Motels and restaurants were segregated. I attended all-white elementary and middle schools – and an integrated high school. My parents were frantic to get me into a private high school, until I told them I was going to the public school, ending a family trauma that looks rather ridiculous in hindsight but which had been incredibly intense. I was a junior in high school when Dr. Martin Luther King was killed in Memphis; panic gripped New Orleans but nothing happened. 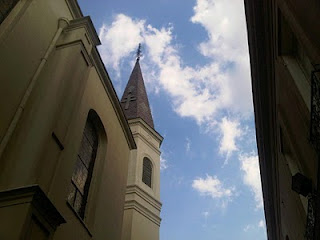 I went to Baton Rouge for college and never again lived in New Orleans. The jobs weren’t there. Like so many of my college friends, I ended up in Texas. And we’ve lived in St. Louis for the last 33 years, and in our current home for almost 26 years, longer than anywhere else.

Yet New Orleans still has a hold on me. I’ve lived in St. Louis longer, and St. Louis is similar in many ways (the same immigrant groups settled both cities; both situated on the Mississippi River; both part of the Louisiana Purchase), but St. Louis is different. For one thing, so much of it is red brick.

New Orleans had much to do with shaping me in numerous ways, perhaps most of all as a writer. The city instills in its natives a certain attitude, a combination of laissez-faire, manners masking an array of social mores, an offbeat humor, and a longstanding mistrust of authority and experts long before it became a national characteristic.

I can still speak the New Orleans voice. I can do a pretty fair imitation of the “Nawlins” accent, and even a Cajun French accent (appropriate for reading The Cajun Night Before Christmas).

But I write in a voice that has been influenced by coffee-and-chicory, Mardi Gras king cakes, the three seasons of summer, July and August, a mother born and raised in the Ninth Ward, finding my way through social upheaval, the most important place in Pirate’s Alley being the Faulkner Book Shop, an elementary school always smelling like steamy thick mud after a heavy rain, streetcars running down the middle of Canal Street, the business district reeking of strong coffee grounds, strange homes called shotgun houses and camelback houses, the beauty of the residences along St. Charles and Esplanade avenues, and the French Quarter itself, with the tackiness of Bourbon Street and the magnificence of St. Louis Cathedral.

Over at TweetSpeak Poetry, Lyla Lindquist has been leading a discussion of Rumors of Water: Thoughts on Creativity and Writing by L.L. Barkat. This weeks’ discussion is about “voice,” about which Barkat says this: “To have voice, a writer must have passions and a sense of place.”

You've been given a gift, with your particular sense of particular places. You inspire me to write more eloquently of Austin, Waco and Fredericksburg.

I'd like to see you try your hand at writing a long essay about New Orleans and its influence on you.

You tell a fascinating story of "place."

Thanks for showing me around. Excellent.