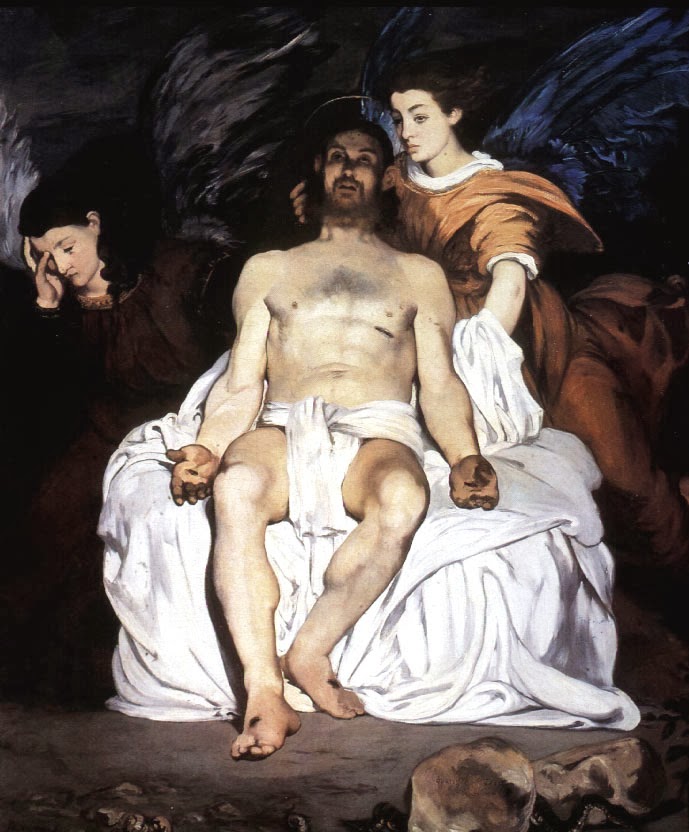 This article first appeared at The Christian Manifesto.

In 1864, the French painter Edouard Manet finished “The Dead Christ with Angels,” which he then sent to that year’s Salon for exhibition. It is a picture of the dead Christ with two angels in the tomb, based (rather loosely) on Mary Magdalene’s sighting of the angels after Jesus’ death. (In the Biblical account, Mary Magdalene only sees the angels, not the body of Christ.)

After it was on its way, the painter realized he had made an error – he painted Christ’s wound from the soldier’s spear on the side of the body, instead of the right. Manet wrote to his friend, the writer Charles Baudelaire, asking advice on what to do. Baudelaire advised him to fix it before the Salon opened, or face ridicule. Manet did not repaint the wound, and he was indeed ridiculed. 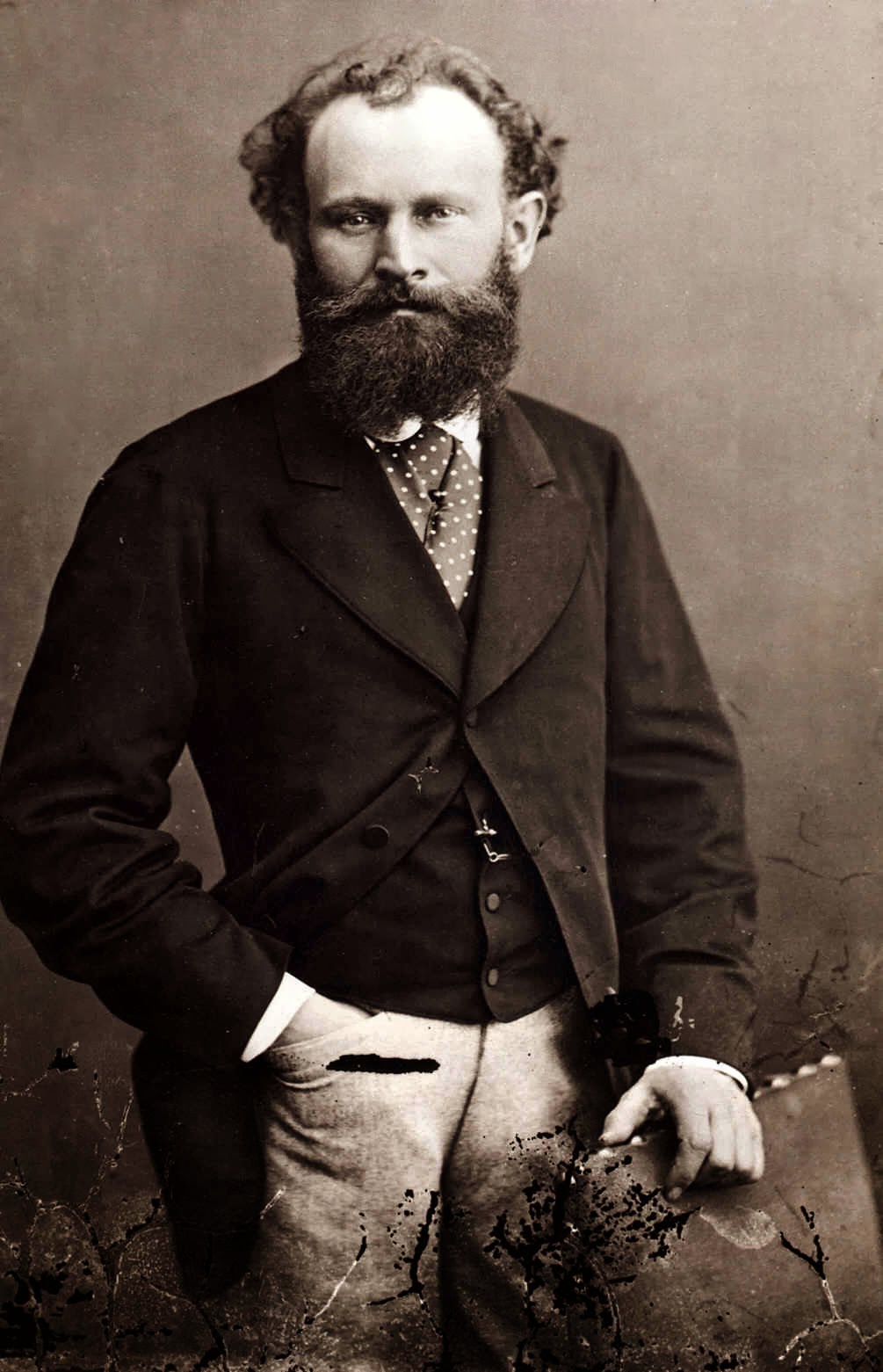 But look more closely, and something else becomes apparent. The story of the exchange with Baudelaire notwithstanding, something else is going on this painting, and it suggests a kind of warning for Christians about both “serious” and popular culture.

Step back and look at the painting as a whole, and you see the angels attending to the body of the dead Christ and the healthy snake slithering away. The angel on the left does appear sad; the angel attending directly to the dead Christ looks – what? Impassive? They don’t seem ready to announce that He is risen as much as that He’s dead, and they’re there to take him to heaven.

The painting, and the stories it may be telling, serve as a reminder for us about culture. It’s not that we should always, always be literal in how we participate in culture. It is more that we be careful, and not leave what we’re doing so open to two very different (and opposite) interpretations. Manet painted either a religious painting loosely based on scripture, or he painted what looks like an anti-Christian one.

Painting: The Dead Christ with Angels, oil on canvas by Edouard Manet (1864), Metropolitan Museum of Art, New York.
Posted by Glynn at 5:51 AM