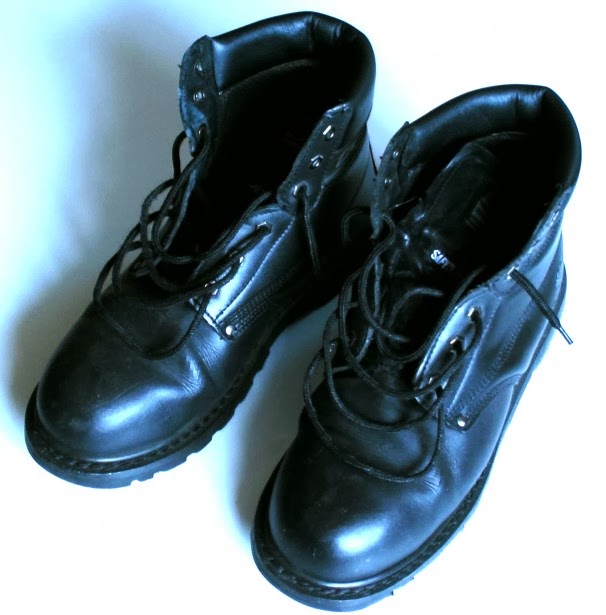 He wasn’t Atlas, and he didn’t
shrug. But the time had come,
he thought, to stop compensating,
compensating for decisions made
beyond his control, decisions
reflecting not malice or ill will
but ignorance, and fear, the two
things that stimulate most decisions
like this. So he sloughed off two
of the jobs he couldn’t do
any more, and the half of a job
that was almost beyond him,
and settled for a single job, one job,
one job that he was paid for, doing
it well and faithfully.
Western civilization didn’t collapse
and the world didn’t come to an end,
at least not at first.

Photograph by Alex Borland via Public Domain Pictures. Used with permission.
Posted by Glynn at 5:00 AM

I love this poem, Glynn, especially the ending where you leave us hanging. Brilliant!

i'm not atlas
is no excuse
to slough-off
now get those boots on
you didn't think that
you were gonna
get by with doin'
one job
did ya?

Way to build the suspense, Glynn. Why, I wonder, do we think ALL the jobs are ours to do? Hope 'he' can lean into that one and it will be enough.