Tania Runyan’s “How to Read a Poem” 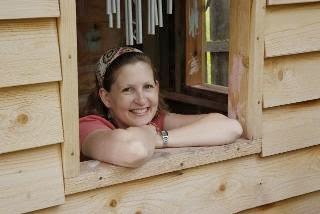 It should be straightforward, right? Reading it is like reading any other piece of text, correct? Well, no, actually, it’s not. And actually, yes, it is.

Poet Tania Runyan has a suggestion on how to read a poem, or rather, she has six suggestions, all taken from the poem “Introduction to Poetry” by Billy Collins, published in his 1988 collection The Apple That Astonished Paris (it's been republished a couple of times since then). Of course, in the style of poets generally, Runyan has far more in How to Read a Poem than approaches to reading poetry.

But first, her suggestions:

Runyan pulls these suggestions straight from the poem by Collins. What she does with them is one of the best parts of the book. She expands each of the lines of the poem, enlarging one’s understanding, and gives her own example of the suggestion at work. And then she provides several poems in each section for the reader to do the same.

“Think of it (How to Read a Poem) as less than an instructional book,” Runyan writes, “and more as an invitation. For the reader new to poetry, this guide will open your senses to the combined craft and magic known as poems. For the well versed, if you will, this book might make you fall in love again.”

Well versed, indeed. The pun suggests another quality of the book, and that is playfulness. How to Read a Poem is above all playful, written by a poet in finds joy in her own work, and joy in poetry generally, and knows how to laugh.

Related: My review of Tania Runyan's A Thousand Vessels: Poems at Tweetspeak Poetry.
Posted by Glynn at 5:00 AM

One of my comments to Tania was that if all children were introduced to poetry like this, we'd have a nation of poetry-readers. My hope is that as many English teachers as possible learn of this book and use it in their teaching.

I was delighted when I discovered a poem of mine was included in the anthology. It's such a privilege.

I wish I'd had this book in high school when I was terrified of poetry.

I agree with Sandra...I don't recall being exposed much to poetry in high school or growing up. Thanks, Glynn, for the review of Tania's book.

Glynn, Tania's book made me so much more comfortable with 'trying' poetry. I'm smiling at your review--all true words (and a great photo!). Thank you.