“On Reading God as a Poem” 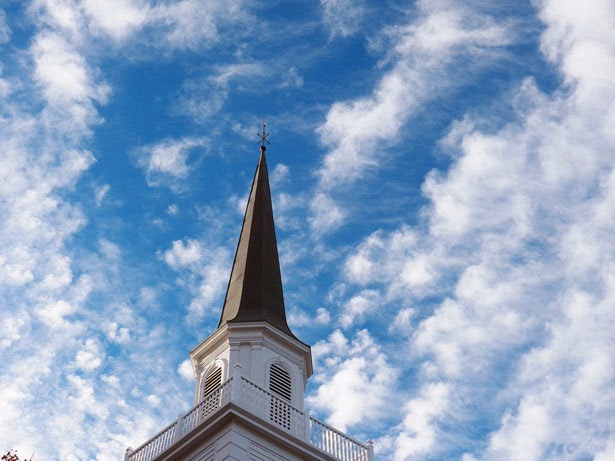 This article was originally published at The Master’s Artist

That’s the title of a poem by Luci Shaw, included in her collection Harvesting Fog: Poems. It’s an arresting title, perhaps a trifle presumptuous, as if God could be read as anything. And then you read her poem, and you understand.

She’s not saying God is a poem, or even that he can be read as a poem. Instead, she is talking about where a poem comes from and the creative imagination. God, in fact, is mentioned only in the title, and yet he permeates the poem.

I came to poetry rather late. I did the perfunctory studies in high school, and was interested enough to take two semesters of English literature in college with the English lit majors while the rest of the sophomore class took American literature. Most people wrote term papers on Nathaniel Hawthorne’s “Young Goodman Brown” and Faulkner’s “The Barn Burning.” I wrote papers on Beowulf, Piers Plowman, John Donne, Milton, Keats and Coleridge. But I was a journalism major, and had to leave English literature and poetry behind for a time. 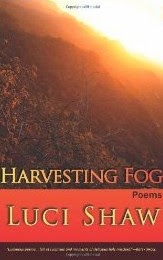 A decade later, working as a corporate speechwriter, I started reading poetry again. And for the next 25 years, I read poetry, not as a steady diet but enough to grasp rhythm, flow, meter, rhyme (and” un-rhyme”) and enough to know who was a “name” and who wasn’t. Poetry’s expression of ideas in pacing and word choice helped me write better speeches. Poetry comes from the oral tradition. The same or nearly the same tradition that gives us great speeches and orations (blame Homer and the Greeks).

Five years ago, I started writing poetry. And I quickly learned three things.

First, writing a poem is hard. It takes a lot of focused, concentrated work like any act of artistic creation.

Second, it’s personal. Rightly or wrongly (and people actually argue about this), poetry evokes a feeling of vulnerability more than other kinds of writing. I still feel naked when I post a poem on my blog.

And third, writing poetry has helped me understand the word of God in a different way. It’s not only because more than a third of the Bible is written in poetic form. It’s also because Scripture can be both plain and complicated, with an obvious meaning and then deeper shades of meaning. And you can read a verse a thousand times, and suddenly something strikes that you never saw before.

A poem is a lot like that. Meaning can be both simple and layered, obvious and obscure.  Here’s Luci Shaw’s poem:

On Reading God as a Poem

The trail of connection is frail. I listen
for the oblique to become transparent,

a hoot owl on a  moonless night.
Unfocused images try to crowd between

the words on some hidden script,
leaving me guessing. Conversation, the to

and fro of language, can never be a monolog.
But maybe I’m deaf. Maybe I should

partner mystery with my own silence, Or
Is this a new language to be learned?

ready for burning, wondering about origins,
about carbon – its formation, its capacity

for warming a room, the life implicit in
some Mesozoic tree. 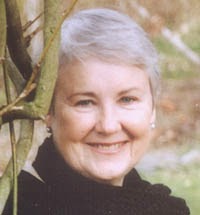 Each of us has encountered a time when a verse – or something we’re struggling with in our lives – is so beyond understanding that we listen intently for “the oblique to become transparent.” We strain to discern meaning – what is God saying here? – in those “deep silences.” All kinds of “unfocused images” come to our minds, and we’re left guessing (What is your will here? What would you have me do?).

Or perhaps we’re deaf to what’s really being said, as we find ourselves “struggling for meaning.” And often we have to go back to first things (I reread the Gospel of St. John) – that lump of coal/carbon that’s the basis of life, to understand the meaning that likely was there (“implicit in some Mesozoic tree”) from the beginning. And perhaps I’m the lump of coal, glistening in my dark ignorance but knowing that a lump of coal might one day glisten as a diamond.

That’s reading God as a poem.

Photograph by Junior Libby via Public Domain Pictures. Used with permission.
Posted by Glynn at 5:00 AM

Glynn, I want you to know how much appreciated your reviews of books and poets are. I don't always comment but I look forward to your post between 4:00 and 4:30 every afternoon. The last two poets piqued my interest. Luci Shaw is one of my favorites. It was her poem Spring Song, Very Early Morning (At the time The title was May 20th, Very Early Morning) about fifteen years ago which woke me up to creativity. It was read in church and God nudged me and told me that the arts and creativity were permissible as part of a holistic Christian life. I previously assumed my spiritual life had to maintain a utilitarian purpose. About seven years later I heard her read the same poem at Calvin College's Festival of Faith and Writing...A scene I will never forget. Thanks again Glynn!