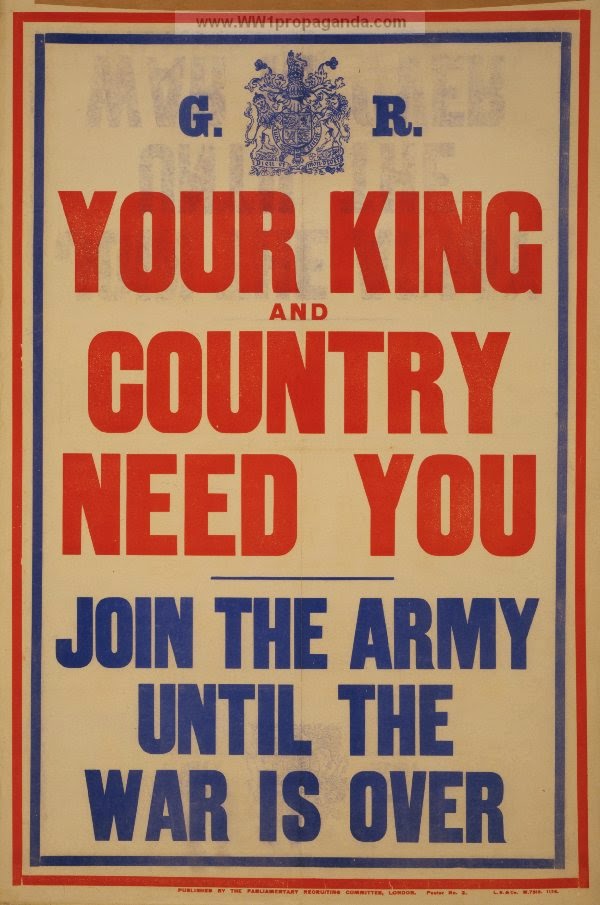 The Great War, the “War to End All Wars,” started 100 years ago this coming August. For many of the English-speaking generations since then, few things have shaped our of World War I than a group of British writers collectively known as “The War Poets.” 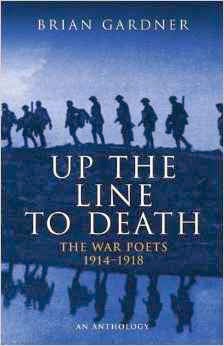 The more familiar members of this group, many of whom died in battle or from disease, were potes like Rupert Brooke, Wilfred Own, and perhaps Isaac Rosenberg, who were most typically represented in our high school and college textbooks. They fought and died on the Western front, mostly in Flanders and northeastern France.

Fifty years ago, author Brian Gardner assembled an edition of poems by the War Poets to commemorate the Great War (overshadowed as it had been by World War II). Entitled Up the Line of Death: The War Poets 1914-1918, it included poems by 72 poets, 21 of whom had died in the war.

Illustration: British World War I recruiting poster.
Posted by Glynn at 5:00 AM