So Many Christians, So Few Lions: Deconstruction 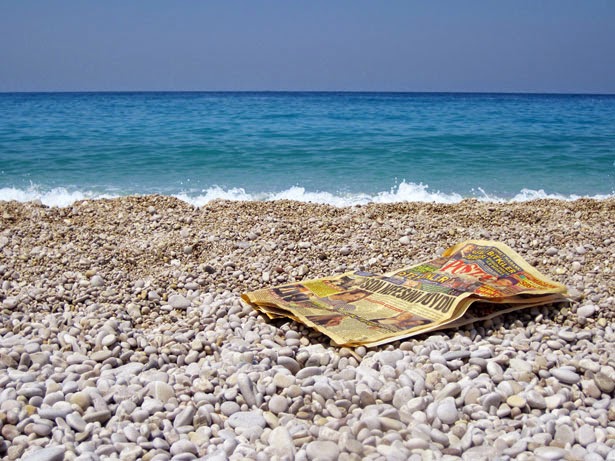 I’ve been reading in So Many Christians, So Few Lions: Is There Christianophobia in the United States? by George Yancey and David Williamson, and I need to make a detour –a related detour, but a detour nonetheless.


In the mid-1980s, I had my first direct experience with “deconstruction” – a theory of literary criticism that emerged in the late 1960s in Europe (lots of strange things emerged in the 1960s). I was in a masters program at Washington University in St. Louis, and I took a number of English and history seminars. I didn’t hear anyone say “deconstruction;” instead, what I heard was "post-modernism," “story” and “storytelling” in ways I had never heard before. And the idea was that “story” could define and redefine reality. 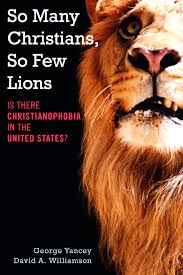 In other words, everything was relative. There were no “texts” – there were only interpretations of texts and interpreters of texts. If this sounds bewildering (if not suspect), it’s because it is. What it does in practice is wipe away any idea of “truth” – there was no truth except for whatever the current power structures said truth was.


This seemed to be mostly a preoccupation of the English department, which was then in the process of jettisoning the notion of a canon in literature. (“Canon? What canon? Charles Dickens and Jane Austen are no better and no worse than James Patterson and Nora Roberts. The canon was just a bunch of old dead white males anyway.”)


The seminars I was in were comprised almost entirely of adults who had been out of college for a while (I was the one of the youngest people on the program), so professors had to be careful. You couldn’t talk deconstruction with gainfully employed (or retired) adults with considerable life experience in the same way you could talk with undergraduates.


But I suspected enough to know something was different from my own undergraduate days. So I started looking into it. Names kept coming up – Jacques Derrida and Paul de Man, for example, were two of the leading lights of deconstruction. The more I looked into it, the more I understood that this wasn’t some little literary theory of interest only to a few English professors. This was having an impact on culture.


One impact was in journalism and communication schools. It was in the 1980s that the idea of “story” and “narrative” began to displace “objectivity” in journalism schools. Deconstructionists argued there was no such thing as objectivity (a notion breathed into journalism by Walter Lippmann back in the 1910s and 1920s).


Today we can watch, and experience, a event like Ferguson and not really know if we are seeing what is really happening or just following along with the “media narrative.” Media narratives begin with the idea of what the story is – and then come together to demonstrate and illustrate that point.


Most journalists would likely object to this characterization. But the Justice Department report cited numerous examples of witnesses to the Michael Brown shooting last August who were afraid to contradict their neighbors or contradict the media reports. And these people turned out to be the most credible witnesses.


This is one reason why most of believe in endemic media bias, which always seems to mystify reporters and editors (and especially editorial page editors). 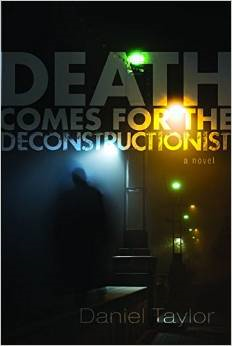 Open discussion of the problems and distortions of deconstruction is not common, especially in universities. I’ve seen a number of conservative commentators discuss it, but virtually none on the progressive or liberal side. And yet contemporary politics is shot through with this stuff.


It was a surprise to hear that a novel had been published that used deconstruction and its problems as a central theme. Daniel Taylor’s Death Comes for the Decontructionist was published last year, and it is that novel. I’ll be posting my review on Friday, but I can I’ve been surprised in a number of ways – the open discussion, the clear explanation of what deconstruction is and isn’t, the artful way the theme is developed (a murder mystery, no less), and the full understanding of what deconstruction sets itself against.


Indirectly, the novel also helps illustrate some of what’s behind the Christianophobia addressed by So Many Christians, So Few Lions.

Glynn, I can see where your concern about separate ministry to postmoderns comes from, and with good reason. The idea of "storying" in now big in the church scene, both learning to tell Bible stories in an engaging way to nonbelievers, and telling the individual faith stories of people who have come to faith.
Marilyn

Glynn, is that the "Tell Me A Story" Daniel Taylor?