Robert Crawford on the Young Eliot 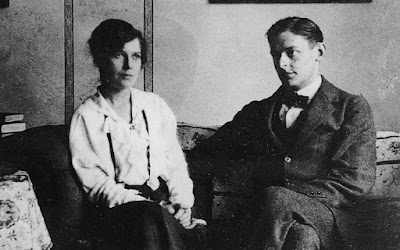 Before he was the winner for the Nobel Prize for Literature, before he was recognized for some of the most innovative and remarkable poetry of the 20th century, before “The Hollow Men” became one of the most recognizable poems in modern times, he was Tom Eliot, young Tom Eliot. 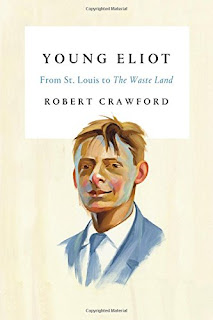 ThomasStearnes Eliot was the youngest of six children, born in 1888 when his parents were 45 and his siblings considerably older. His was an upper class family in St. Louis, where his father was a vice president of a major brick manufacturer and his grandfather the founder of Washington University in St. Louis. His Unitarian family came from New England, and he was related to John Greenleaf Whittier, James Russell Lowell, Henry Melville, Nathaniel Hawthorne, Henry Adams, John Adams and John Quincy Adams.

We’re more familiar with the latter half of Eliot’s career, from the time he was established as a poet of international renown, his Nobel Prize, and the poetry that in many ways helped to define Modernism in literary history. But before he was the famous poet, he was the boy, the young man at Harvard, and the expatriate in England.

In Young Eliot: From St. Louis to The WasteLand, Robert Crawford explores the early Eliot in depth, covering the period from his birth to the Publication of “The Waste Land” in 1922.

Photograph: Vivien and Tom Eliot at home in London about 1921.
Posted by Glynn at 5:00 AM