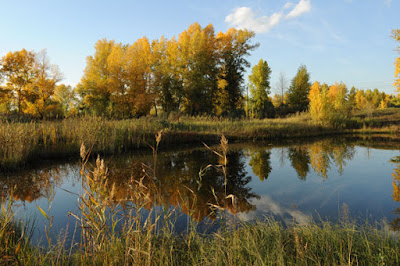 Indian Summer – that kind of early fall, usually in late September or early October, when the leaves on trees are signaling a change is coming but the temperatures feel mostly like summer. Van Wyck Brooks used that metaphor in New England Indian Summer 1865-1915 to describe the literary culture in New England between the end of the Civil War and the beginning of World War I. The book was published in 1940, four years after his Pulitzer Prize-winning The Flowering of New England (1815-1865).

The metaphor is an apt one. On the surface, it appeared that New England and Boston still dominated literary life in the United States. But the signs of change were all around.

The giants of the Longfellow / Hawthorne generation had died or shortly would die. They were succeeded by writers like William Dean Howells (1837-1920), Henry Adams (1838-1918), and Henry James (1843-1916), all fine writers but not of the same caliber as the previous generation.

Part of the reason for the change, Brooks says, was the Civil War. With the victory of the North and the end of slavery, there simply weren’t as many compelling causes left to be inspired by and fight for. Another reason was the rise of the Industrial Revolution, which dead-ended old centers of commerce, literally transformed the landscape, and pulled people away from traditional pursuits like farming. And third, the “national impulse” was continue to move westward.

Poetry exemplified the change in New England literary culture. Only one great New England poet emerged during this period, Brooks says, and she did largely for the very reasons that were causing the change in other literary pursuits. Emily Dickinson (1830-1886) led an eccentric lifestyle for the last 26 years of her life, never emerging from her home in Amherst, Mass. Her poetry was not published until after her death.

The chapter in New England Indian Summer on Dickinson is not as long as others but it one of Brooks’ best in the book. Although published in 1940, Brooks does not give short shrift to women writers and poets. While the emphasis is on male writers, he does include rather extensive information on their female counterparts.

And of Dickinson, Brooks says this: “Where others merely glowed, she was incandescent.”

This work is written in much the same style as The Flowering of New England. It’s highly readable, with an engaging voice that more resembles speech than writing. It’s a style that was already falling out of favor with academic writers in Brooks’ own day, and certainly by the time of his death in the 1960s. But he aimed at big themes and large images.

After this generation, Brooks writes, New England would “find spring again.” A new generation of writers was arising – Edwin Arlington Robinson, Eugene O’Neill, Edna St. Vincent Millay, E.E. Cummings, and (especially) Robert Frost. Even Midwesterner T.S. Eliot would be shaped by Harvard before moving on to England. Indian Summer not not signify the end of literary New England. But it did signify change, and even with its new voices New England would never again dominate the national literary scene.

Van Wyck Brooks and The Flowering of New England

Photograph of Indian Summer by Larisa Koshkina via Public Domain Pictures. Used with permission.
Posted by Glynn at 5:00 AM