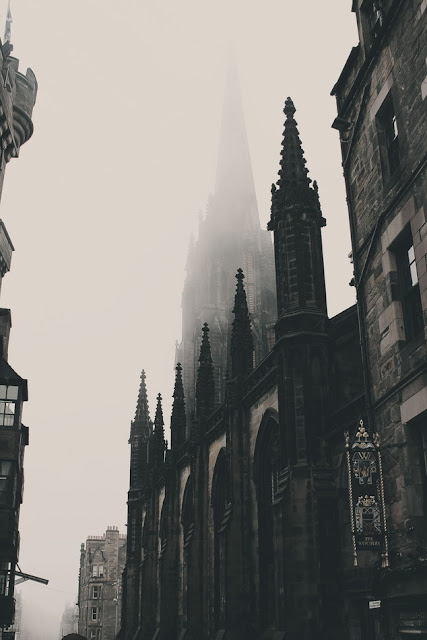 “I’ve been going ‘round to churches,” Michael said, “talking about reformation. It was something I felt called to do, even before we left San Francisco. It was as if God was telling me that the reformation of the church was imperative. Now I wonder if I misheard what I thought God was saying. What if He was telling me to help people prepare, not for a reformation, but for the destruction and re-creation? He knew what was happening. He knew the evil that had to be stopped.”

Photograph by Linnea Sandbakk via Unsplash. Used with permission.
Posted by Glynn at 9:18 AM

Loved the book Glynn! Have passed it on to another who loved the first 3. She yelled at me for keeping her up at night. :)

Bill - thanks so much for the note! And sorry your friend is being kept awake (well, I'm almost sorry!).