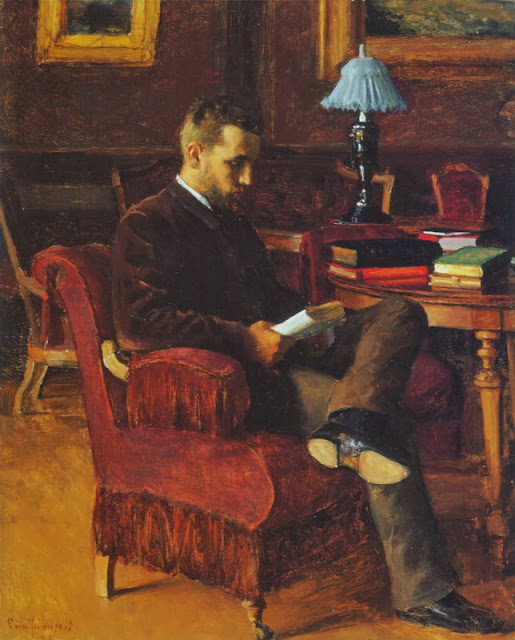 We’ve been watching “The Woman in White” on PBS, and it’s a good rendition of the Wilkie Collins novel, first published in 1860. At CrimeReads, Radha Vestal has an article on what we owe to this story – arguably one of the first crime thrillers. (The PBC series concludes tomorrow night, and right now we’re at a nail-biting pause.)

On Nov. 10, 1975, the ore-hauling ship Edmund Fitzgerald encountered an unexpected storm on Lake Superior and sank, with a loss of 29 lives. The next year, the sinking of the ship was immortalized in a song by Gordon Lightfoot. Jason Peters at Front Porch Republic has a meditation on November, borrowing some of Lightfoot’s words.

Violet Nicholson was once a hugely best-selling poet in Britain but has fallen into obscurity. She’s buried in India, and Andrew Whitehead at BBC takes a look at the poet and her poetry (Hat Tip: J of India).

Speaking of poets, Robert Koons at First Things Magazine has an article on T.S. Eliot – and his insights into culture, class, and populism. Andrew Prideaux at The Gospel Coalition talks about how the poetry of John Donne affected his life.

What Lies Beneath the Surface of Your Life? – Ann Kroeker.

Freedom That is Worth Fighting For – Kristin Brown at the Institute for Faith, Work, & Economics.

The Battle of Empty Minds: Can’t Anyone See Beyond the Hatred? – John Horvat at The Imaginative Conservative.

Images of America: The Art of William Sidney Mount – Michael De Sapio at The Imaginative Conservative.

“Music of the Night” by Countertenor Terry Barber


Painting: Portrait of Arvid Jarnefelt, oil on canvas by Eero Jarnefelt (1888).
Posted by Glynn at 5:00 AM