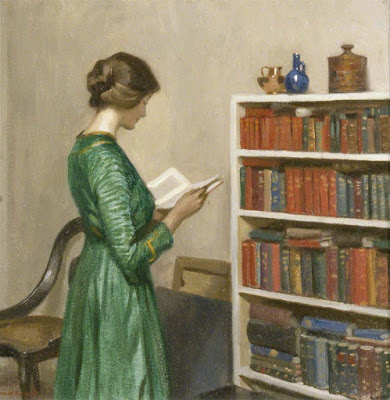 Chris Naffziger is a St. Louis photographer who’s been posting his images of St. Louis for quite a few years now. His aim has been to capture the neighborhoods and architecture of the city, particularly the architecture that’s endangered. He occasionally comes out to St. Louis County (where I live), and then crosses the river to Illinois. He also visits Italy. This past week. He’s been in Iowa, and he captured images of four small towns that tell you a lot about small-town life, Iowa, the Midwest, and America: Oelwein, Fayette, West Union, and Clermont.

It seems to have become a national pastime – harassing people you disagree with at restaurants, sports events, walking down the street, etc. Jon Mertz at Thin Difference talks about the dangers of “Stick It to the Man.”

We live in the Age of Science, and we believe, or have been led to believe, that science has all the answers. Except when it doesn’t. Scott Watkins ran into a problem science couldn’t answer – the chronic illness of his wife.

They’re some of the most common statements by Christian writers: “God called me to be a writer,” or “God called me to write this book.” Well, that could be true. I don’t make those claims with any of my books, and I’ve never said that about 50+ years of writing. Literary agent Rachelle Gardner frequently runs into those statements in query letters from writers trying to sell their books, and she writes about it in “God told me to write this post.”

I Found the Best Burger Place in America. And Then I Killed It – Kevin Alexander at Thrillist.

The Orchard at the End of Paradise – Gerry Vanderleun at American Digest.

Solzhenitsyn on the Problems in the West – Zak Schmoll at Entering the Public Square.

How Many Exiles in the Monastery? – James Matthew Wilson via Rod Dreher.

A Prayer for the Disillusioned Idealist – Kelly Belmonte at All Nine.

Poetry, Oblivion, and God: A review of He Held Radical Light by Christian Wiman – Micah Mattix at the Kirk Center.

5 Reasons Church is Much More Complex to Lead – Dan Reiland.

‘A New Birth of Freedom’: The Gettysburg Address – Thomas Kidd at The Gospel Coalition.

Why the Pilgrims were actually able to survive – Peter Mancall at The Conversation.

The 2018 Epson Pano Awards for photography.

The Broken Hallelujah – as a Wedding Song

The best burger place is an interesting read. Very complex in reasoning.
It relates some of my thoughts about business.

Business is ultimately about people.
People are predictably unpredictable.

And I sit on the sidelines of a wine business that legally I have no part,
emotionally and in many other ways I am still involved, and
Which may or may not continue to be my daughter’s life.
A family business that had a change in family arrangement.
It pays the bills of my daughter. And must survive, as far as I know,
If there is any divorce settlement to be paid.
Business, relationship, life, is delicate and very unpredictable.
And each generation continues to think that business is more or less than
The lives of people.