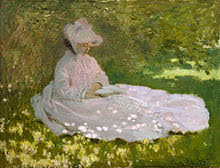 It’s no secret that I have serious concerns about the American news media. I’ve watched for years as editorializing has crept into headline writing and news reporting, to the point where it’s getting difficult to determine what’s an editorial and what’s a news story. For a long time, Associated Press stories tended to be more balanced, but that distinction is now gone. Long gone. I read an AP story in my hometown newspaper on Wednesday and spotted at least four instances of the reporter’s bias coloring what was written.

Then there’s the news that’s not there. This past Monday, the biggest news coming out of Washington was the vote in the Senate on Ben Sasse’s infanticide bill. Guess how much air time CBS, NBC, and ABC devoted to it on their evening newscasts? And the Columbia Journalism Review had a story about Esquire Magazine’s decision not to publish a heavily vetted story breaking the news about movie director Bryan Singer and the charges being made about him. (The writers, who were listed on Esquire’s masthead, took the story to The Atlantic.)

Some of the worst reporting involves religion stories. Not many years ago, the St. Louis Post-Dispatch had one of the best religion reporters in the country, a man named Tim Townsend. He covered his beat like a good, tough reporter. He understood the subject matter. He didn’t shy away from controversy and reported it fairly. Today, the paper, like most across the country, has no religion reporter. Reporters with no background or understanding of a story’s context are sent to cover religion stories. An example: Terry Mattingly at Get Religion had some interesting observations about how the media did – and didn’t – cover the Methodist general conference in St. Louis this past week. (As an aside, the Get Religion blog does an excellent job of dissecting how the news media covers religion stories. Or doesn’t.)

And it’s not just news media. We all know that social media has had a profound impact on politics and culture. Anton Barba-Kat at The Point explains what that impact is – social media allows us to disassociate speech from its social context, allowing the unsayable to become the normal. Not to mention the facilitation of the launch of virtual lynch mobs.

Poor Over – Jerry Barrett at Gerald the Writer.

At this distance – Kathleen Everett at The Course of Our Seasons.

‘We donte want to hurt anney one’: Bonnie and Clyde’s poetry revealed – Alison Flood at The Guardian.

How to be Less Miserable – Clint Archer at The Cripplegate.

Surprised by Jack – Bradley Birzer at The Imaginative Conservative.

What Fundamentalists in America Had in Common – Justin Taylor at The Gospel Coalition.

What is Radical Christianity? – Darryl Hart at Front Porch Republic.

Stewarding the Skill of Writing – Jen Oshman at Plugged in to the Vine.

To Read Without Pleasure is Stupid: On the Novels of John Williams – E.J. Hutchinson at Mere Orthodoxy.

Poetry Titles and Tables of Contents – Mary H. Sayler at The Poetry Editor.

Auden on No-Platforming Pound – Edward Mendelson at The New York Review of Books.

The Religion of Workism is Making Americans Miserable – Derek Thompson at The Atlantic.

You Don’t Have to Have a Well-Formed Opinion on Everything – Trevin Wax at The Gospel Coalition.

Covering Nadia Bolz-Weber: It's time for reporters to ditch the public-relations approach – Julia Duin at Get Religion.

Thanks for the inclusion Glynn. I'm sipping coffee as I look through your selections. Blessings!

Thanks, Glynn, for including my article. I appreciate your consistent helps for poets and writers. God bless.

Good article, Glynn. It is not just in the US but in Canada as well. So many things going on are falsely reported with a bias that is unacceptable. And many things that should be reported, as you say, are not touched on at all. The public, unfortunately, get a one-sided view of news and are persuaded to believe all they read. That is a huge mistake, but I'm not sure how that can be changed. I subscribe to LifeSite News and they report on religious matters as they are. And they come under fire from time to time for what they publish. What a shame to live in a country founded on freedom of religion and speech where those freedoms are being distorted and taken away from us.