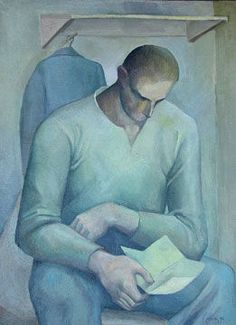 In late January, when the news media, its friends in Hollywood, and even assorted conservative outlets like National Review piled on the Covington High School kids, I surprised myself with how angrily I reacted. I know why I did. Everyone expressed outrage over the smile on the one boy’s face as the native American chanted in front of him. I had seen that smile before, on the face of my own grandson when he was suddenly thrust into a situation in which he didn’t know how to react. And all the virtue signalers, progressive ideologues, and “objective” reporters pounded that Covington kid into the dirt.

The Washington Post had joined the onslaught. And then came the $250 million lawsuit, filed in Kentucky. A few days ago, the Postfinally got around to acknowledging the errors in its story. They didn’t apologize, and they didn’t retract. They simply issued an “editor’s note” that had “lawyer-approved” stamped all over it and posted it at 5:17 p.m. on a Friday afternoon to make sure it missed the network nightly news cycle. There had been some mistakes. A tweet had to be deleted. Terry Mattingly at Get Religion asks if this was a wise move on the Post’s part or not.

Because I spent a career saturated with words, I tend to pay attention to language and how it’s used. Some years after the Roe v. Wade decision, the news media paved the way for broader public acceptance of abortion when the more clinical “fetus” was substituted for “baby” in news accounts, and “pro-life” became “anti-abortion.” Greg Morse at Desiring God looks at how we use language to justify abortion, and he puts that look in a historical context that's more than disturbing. Jake Meador at Mere Orthodoxy considers how the Senate bill on what bill author Ben Sasse called “fourth-trimester abortions” exposes fault lines in American society that can’t be bridged.

A news media factoid on the Sasse bill vote: it was ignored by NBC, ABC, and CBS. To paraphrase the Washington Post’s motto, democracy does indeed die in darkness, especially when the darkness is brought on by the news media itself.

In Search of the Real Arthur – Tim Walker at English Historical Fiction Authors.

Winchcombe & Its Anglo-Saxon History – Annie Whitehead at Casting Light upon the Shadows.

The Geography by Partisan Prejudice and The Least Politically Prejudiced Place in America – The Atlantic.

Why Social Justice is Killing Synagogues and Churches – Joel Kotkin at Tablet.

When Grahame Greene Met Ernest Hemingway on the Set of 'Our Man in Havana' – Christopher Hull at CrimeReads.

On Loving Bookstores – Bradley Birzer at The Imaginative Conservative.

Write to Discover What You Really Want to Say – Ann Kroeker.

The last shall be first – Michael Spence at New Criterion.

Note to a Prospective Runaway at Bedtime – John Nieves at 32 Poems.

CityAlight: But Not I But to Christ in Me

First, thank Glynn for the shout out. I am honored you would do that. Second, I love CityAlight. Their music touches my soul. I love Only a Holy God.

A sincere thank you for your gatherings and for including me.

Good article. My comeback when I hear someone talking about a fetus not being a baby is, What is it? Is it a dog? Is it a cow? I wonder at how people can so easily deceive themselves in order to get people to accept their opinions.