"A Fatal Secret" by Faith Martin 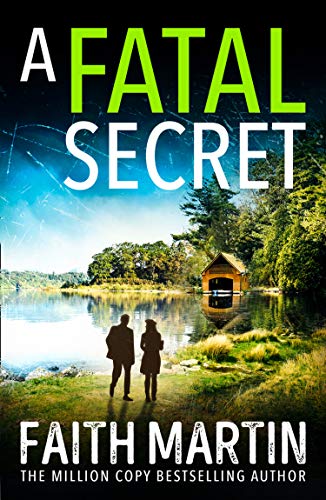 At the DeLacey estate near a village outside Oxford, it’s Easter, and the village children are thrilled with the annual event. But what begins as a fun Easter egg hunt ends in tragedy. An 11-year-old boy, son of one the estate workers, is found at the bottom of an old well, his neck broken.

The death is ruled accidental by the coroner’s court, presided over by Dr. Clement Ryder. But because the boys’ parents are almost desperate to know how the boy died, Squire De Lacey asks Dr. Ryder, via the Oxford police, to investigate and see what he can learn to set the parents’ minds at rest. Ryder asks for, and gets, an official police assistant to help, none other than Women’s Police Constable Trudy Loveday.

Ryder and Loveday almost immediately discover the seeming hopelessness of finding out what happened. The one thing they do know is that everyone, including the boy’s best friend Emily DeLacey, says that the boy would never have gone near the well. Slowly, the pair begin to see something other than an accident taking shape. Everyone seems to have a secret; the question is, did the boy discover one of those secrets and pay for it with his life?

A Fatal Secret is the fourth Ryder and Loveday mystery by British author Faith Martin. The author continues to develop the characters of Ryder and Loveday, with Ryder dealing with the onset of Parkinson’s diseases and trying to hide it, and the young Loveday dealing with parents unhappy over her chosen career and discrimination from her boss and peers (not to mention suspects).

The Ryder and Loveday stories tend to have thrilling, edge-of-your-seat endings, and A Fatal Secret doesn’t disappoint. Martin throws a few red herrings into the mix, but she’s once again produced a riveting mystery.