"A Fatal Truth" by Faith Martin 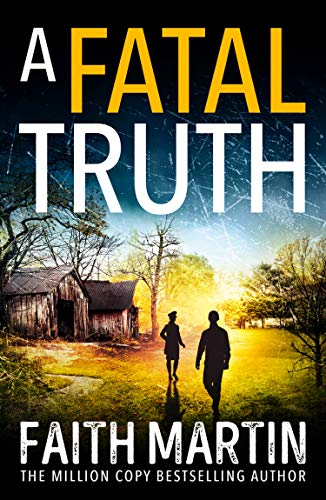 Thomas Hughes, a retired businessman living in early 1960s Oxford, dies in what looks like a tragic Guy Fawkes Day fireworks display. Retrieving some of the fireworks supplies from his shed, a spark ignites what’s stored in the shed, and Hughes dies in the resulting explosion and fire. The coroner’s court verdict, presided over by Dr. Clement Ryder, finds death by misadventure – an accident.

Then a reporter with an agenda publishes a story suggesting that the death might not have been accidental after all, and the police are pressured to re-investigate. Who better to assign to the investigation than 20-year-old WPC Trudy Loveday, just off her two-year probationary period and with some fame from helping solve previous cases?

Loveday, however, is having symptoms of post-traumatic stress disorder. She loves her police job, but that last case (A Fatal Secret) nearly did her in – literally. She plows ahead and meets with Dr. Ryder, her partner in (solving) crime. They discover that virtually no one liked the deceased, and even each of his own adult children and his sister might be considered suspects.

Ryder and Loveday discover a family uninterested in possible foul play and a reporter who’s seeking revenge. And Ryder is still dealing with the (so far minor) symptoms of Parkinson’s Disease, while Loveday is finding herself dangerously attracted to the reporter who wants to use her.

A Fatal Truth is the fifth in the Ryder and Loveday mystery series by British author Faith Martin. A calmer story than its predecessor, it centers on a case where the identity of the murderer can be determined – but finding the actual evidence is next-to-impossible.

A Fatal Truth is another excellent entry in this series of a 50-something surgeon-turned-coroner and a young policewoman who faces prejudice and discrimination for being among the first women on the force. It’s Dr. Ryder who realizes Trudy Loveday’s potential.