The Conspicuous Virtue of Sunburn 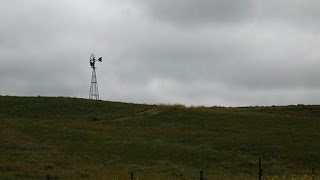 Forty years ago today, Earth Day was born, the brainchild of Senator Gaylord Nelson of Wisconsin and organizer Dennis Hayes. If you were in college at the time, it was a big deal. At LSU in Baton Rouge, where I was a freshman, I remember speeches, how –to demonstrations and information booths (and just possibly bands performing but that might be what I remember and not what really happened). Yet there is one memory that overwhelms all the rest.

So did a lot of other people, including many of my professors. In fact, for a short time at least, the Earth Day Sunburn became a way of saying you had been there and so you were environmentally conscious. And you could feel slightly superior to all your pale-faced brethren who did boring and conventional things like go to class. I sported the only sunburn in my fraternity house, in fact. Which sounds slightly oxymoronic.

Even that early in Earth Day and environmentalism history, conspicuous virtue was embedded as a kind of purposeful deliberate rejection of the “conspicuous consumption” of the 1950s and early 1960s. Of course, truth be told, conspicuous consumption – or advertising your wealth and position to the obviously excessive – has always been part of the American, and human, landscape. We used to like people to know we were materially well off, and we can’t remind people too much.

Today, we like people to know we’re virtuous. It’s like letting our neighbors know we’re going to church on Sundays. So we do it conspicuously without the inconvenience of actually going to church and we create a sociological phenomenon. I didn’t invent this idea, by the way. To give credit where credit is due, I first heard about it more than three years ago from the Wall Street Journal. (See “My Goodness! Conspicuous Consumption and the Sustainable Sofa”).

In my self-inflated importance, I convinced my mother to stop using colored toilet paper, because the inks could harm the environment. My father said nothing; what he was probably thinking was “We’re sending him to college to learn about colored toilet paper?”

My career took me in directions far from colored toilet paper – to issues much closer to what the environmental movement was all about. Except I was seemingly in a different place. Like BIG OIL. And BIG CHEMICAL. The bad guys. Evil incarnate. The OTHER.

And yet, something about that sunburn must have stuck. By the time of Earth Day 20 in 1990, I had helped write two speeches that helped change the course of corporate environmental history. The change came about not so much because of my peerless prose (although the speechwriter in me argues otherwise, as all good speechwriters would) as because who gave the speeches – two corporate executives who led their company and their industry in a very different environmental direction.

Today, 40 years after I sat and wandered around LSU’s Parade Ground, listening to speeches and earnest exhortations and believing most of what I heard, I can look back and say, conspicuous virtue or not, that sunburn mattered.
"Wyoming Wind," photograph by Nancy Rosback. Used with Permission.
Posted by Glynn at 11:54 PM

I can't get past the thought of colored toilet paper! :)

Did you know besides Gaylord Nelson there was another guy who claimed to have started Earth Day? He was once considered a big deal guru of the counter culture at the time and he went on to murder his girlfriend and keep her body in a trunk. His name was Ira Einhorn and he became famous as the Unicorn Killer.

Anyway, if you'd like a different take or perhaps call it an eyewitness account you can read a piece I wrote on the first Earth Day about my wife and my own participation. You can find it at this long link: http://lemstream.blogspot.com/2008/06/earth-day-activity-pollution-trail_30.html

I like how you write, you use big words like "conspicuous" but make the whole experience enjoyable.

Seriuosly though, thanks for making me think again...even if it's too early to do so!

I enjoyed your blog! Very insightful
here's one you will like!
God Bless you friend, Bob West
http://westbob.blogspot.com/2010/04/line-upon-line.html

I wish we could hear the speeches that turned the dial.
There's a timeline mark and you're responsible~

I agree with Kathleen. Do you still have the speeches? I would love to read them.

Also, this is what the high calling is all about. In college it is easy to paint the world in black and white strokes, but the reality of business and work and sustainable living is more complicated than colored toilet paper.

And I have to ask--did you get a farmer tan with the cool line on your neck and arms?

Glynn, you never cease to inspire me. You shine, or should I saw, glow -- with or without a sunburn.

A fun read and some things to think about, too.

so cool to hear a personal story of what how an idea can flow and become a part of the ideas and lives of others.

and i can remember when almost all toilet paper sold was not only dyed, but also perfumed. i am glad for the change, and it all came about from consumer choice...an idea that made change...for whatever reason. it did not happen over night, but, slowly...the shelves in the store held more and more white unscented tp.

Has it really been 40 years?

Seriuosly though, thanks for making me think again...even if it's too early to do so!
data entry work from home