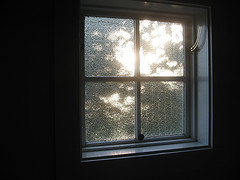 When he started college, he set before himself the achievement of certain recognitions and goals. It wasn’t done with cold calculation, but with simple and focused determination. I can achieve those, and I will.

When he was a senior (because it was only for seniors), he would be named to the national leadership society.

He would join a fraternity and become an officer.

He would have a major position on the school newspaper.

And he worked on these things in his own way, in his own style. He didn’t offend people with his ambition, and most of his friends would have been surprised if they knew the extent of what he strove for. He wasn’t ruthless; he didn’t walk over people. He simply kept working at achieving things.

The cost, because there’s always a cost, was loneliness. No one got too close; he’d start pushing away if that happened because relationships were a distraction. But whether he thought about it or not, he was willing to pay the cost.

By the beginning of his senior year, his plan was successful. He had achieved all of his goals, and more: the national leadership society, president of his fraternity, major editorial positions on the newspaper, awards and lists, all of it. Every bit of it. And no one begrudged him; he hadn’t hurt anyone in the process or stolen or taken anything that he hadn’t rightfully earned.

He was sitting atop the world he had created for himself.

And he saw how empty, how broken that world was.

Something inside began to break, or perhaps the breaking merely accelerated. The darkness that had so long hovered behind him now engulfed him. He had learned the hard way how transient and meaningless achievement could be.

Inside was so bad and so broken that he reached out. A speaker came to campus, a religious speaker, a kind of evangelist and apologist who needed publicity in the student newspaper. People reached out to the senior to make this happen, and he though that this might be different, that perhaps there was an answer here. But there wasn’t. A short meeting, the wrong words blurted out, and the senior recoiled.

Within a few days, he found himself late at night sitting in the basement of a lecture hall, talking with a man, a man who cut through all the stuff and baggage and goals and human achievement and failure and brokenness, especially the brokenness, and said this is all so simple, really, we just keep messing it up, we keep breaking it and we don’t have to. I don’t have the answers, the man said. I don’t. No one on this earth has the answers. But someone does.

When the senior went home that night, he went home with one line from a letter reverberating in his head and carved on his heart: “Being confident of this, that he who began a good work in you will carry it on to completion until the day of Christ Jesus.”

Out of brokenness came life. 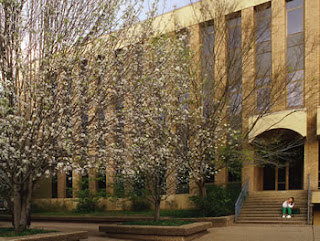 To see other posts on brokenness, visit the One Word Blog Carnival over at Bridget Chumbley’s place.

Elegantly minus the pollution of Christianese. This could be the most beautiful thing you've ever written. Quite possible.

Wow....what a testimony!
I think that brokenness is the element most missing in my life. Until now.

So much feeling in these words (the elegant writing doesn't mask it). It's not possible to read the words and not be moved.

And out of brokenness came life--a life that encourages.

So moving, Glynn. The scene is eerily familiar, as are the emotions.

a good work in you

What a beautifully told story. I think I know that guy.

Your story reminds me of my dad, for some reason. Maybe because he was broken too in college, searching for more than he began with.

Thank you for sharing you here.

Your story is powerful. Your voice strong. And your heart beautiful.

Thank you for sharing your loving heart so generously.

Glynn, that was beautiful. Were we closer in age, I bet we would've been friends at your school. Your story is so similar to mine. This moved me deeply.

Glynn, that was beautiful. Were we closer in age, I bet we would've been friends at your school. Your story is so similar to mine. This moved me deeply.

And that Life, oh that Life, is already His. He waited for you to claim it.

Wonderful. We can gain the world and lose our soul. We are still broken, and God wants to bring us into life. Thanks, Glynn.

I love that write-up, Glynn. Thanks for sharing it.

I love this, Glynn. A story of hope, beautifully told.

To a large extent, this is the testamony of all who come to the saving knowledge of Christ, placed in fictional context. Wonderfully written.

Just so you know, this isn't fiction.

The good ones rarely are fiction! ;) I very much enjoyed your story and thank you so much for stopping in at my blog!

dude, i can relate this post so much. just the fact of trying to achieve stuff, but feeling a bit empty, and the end where he realizes he needs Jesus. its kind of what i've been realizing, even though i've been a christian for years, I still need Jesus.

I didn't even wonder. Elegant and eloquent sir.

I wonder how many of us will relate to this. It seems we don't count ambition as a negative as long as others don't seem to get hurt, but if the ambitious one gets hurt, well, that should count.

WOW...even more of a WOW than the first one... I am so blessed by this testimony because of your final words. But each descriptive word kept me until that moment. Uncovering the achievements and pushing through the darkness and breaking through that lonliness... there is such sacrifice in climbing, such a price, such a cost in our personal road, but yet Jesus paid it all, what a beautiful thought and a beautiful way to lead people to Him. Awesome...

"“Being confident of this, that he who began a good work in you will carry it on to completion until the day of Christ Jesus.” "

I'm so thankful that HE SPEAKS WORDS OF LIFE & still is about completing the good work begun!

Thanks for sharing this brokenness!

He was sitting atop the world he had created for himself.

And he saw how empty, how broken that world was.

Isn't that a place we all have to visit before we can find the heart of Jesus?

Amazing how it happens--planned and orchestrated fails, simple and real heals.