Do You Know Where the First Amendment Comes From?

I didn’t learn this in journalism school. 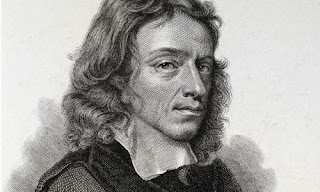 I took the perfunctory (and required) history of journalism course, and it was actually interesting and challenging. I had a good teacher, a particularly demanding teacher, and I was so impressed with him and liked him so that I also had two independent study classes with him. One was about the late 19th century publisher of the Atlanta Constitution, a man named Henry Grady, who coined the phrase and articulated the philosophy of the “New South.” The other study course was about Vice President Spiro Agnew’s speeches attacking journalism and journalists.

The history course was quite detailed, and focused almost entirely on journalism in the United States. So we learned a lot about John Peter Zenger and the American Revolution, the rise of the “penny press” and yellow journalism, and the impact of modernism on journalism (think Walter Lippmann, and “objectivity” and “balance” as guiding principles; much has changed since I was in journalism school).

What we didn’t learn from our journalism history book was where the First Amendment to the U.S. Constitution came from, the one that includes freedom of speech, freedom of the press and freedom of religion. Those particular freedoms weren’t originally theorized after the American Revolution. And they didn’t all come from the famous libel trial Zenger found himself involved in. The ideas had been around for a long time. 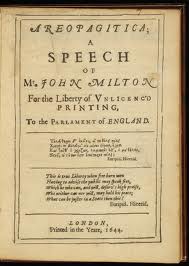 I learned where they came from in my English literature course, not my history of journalism course. And I learned about it because one of the required readings was a small little paperback called The Areopagitica.

The Areopagitica is a speech by John Milton (yes, the far right fundamentalist wacko who worked for Oliver Cromwell!) (yes, the poet and Puritan intellectual who wrote Paradise Lost). It was a speech addressed to Parliament, and it’s on the importance of liberty for unlicensed printing. It’s a speech in which Milton argued that bad ideas shouldn’t be suppressed; that the only thing that couldn’t effectively counter a bad idea was a good idea; that truth would eventually prevail.

And he was religious. A Christian. His defense of unlicensed printing runs in a straight line through the Zenger libel trial in the 1730s through the American Revolution to the adoption of the First Amendment (and the other nine) half a century later.

I would argue that Milton’s defense of freedom of the press reflected his Christian beliefs, just like the fight to end slavery in Great Britain was led by William Wilberforce and other believing Christians. There’s much to consider there, and much to reflect upon.

I was reminded of The Areopagitica because I started reading Booked: Literature in the Soul of Me by Karen Swallow Prior. Starting next Monday (Jan. 7), Laura Boggess will be leading a discussion of Booked at The High Calling, covering the first three chapters. The discussion continues each Monday through Jan. 29.

Booked is about (surprise) books, but it is also part personal memoir, part discussion. It’s thought-provoking and even funny in parts. But most of all it’s about the importance of books in a life.

I identify with that. Books have been important in my life. So have speeches, with speechwriting having been a large chunk of my professional career. I’ve read a lot of speeches over the course of four working decades, one of them being The Areopagitica. It’s an important work. It had a lot to do with what we know today as journalism, the good and the bad, not to mention publishing in general.

And to think it came from John Milton.
Posted by Glynn at 5:00 AM

I was surprised as well. Thank you for enlightening me. "The truth will prevail."

and I love this description of John Milton -- the far right fundamentalist wacko who worked for Oliver Cromwell!

Very interesting. I didn't know that Milton worked for Oliver Cromwell, who was indeed a Puritan zealot. During the Puritan Interegnum, Cromwell and his gang would not allow celebration of Christmas. Ok it is not in the Bible, and there is pagan syncretism.
The thing that strikes me about current discussion of the first amendment is that it is used to prevent suppression of violent video games of the sort that Adam Lanza used to learn his pathological killing behavior.

from L. historia "narrative of past events, account, tale, story,"

from Gk. historia "a learning or knowing by inquiry; an account of one's inquiries, history, record, narrative," from historein "inquire,"

from PIE *wid-tor-, from root *weid- "to know," lit. "to see" (see vision).
Related to Gk. idein "to see," and to eidenai "to know."
In Middle English, not differentiated from story; sense of "record of past events" probably first attested late 15c.
As a branch of knowledge, from 1842.
Sense of "systematic account (without reference to time) of a set of natural phenomena" (1560s) is now obsolete except in natural history.


One difference between history and imaginative literature ... is that history neither anticipates nor satisfies our curiosity, whereas literature does. [Guy Davenport, "Wheel Ruts," 1996]

I've always read Paradise Lost as his indictment of the Cromwell years. Satan rebels against the king and decides to make a heaven of hell, because continuing the fight is better than admitting he was wrong.

It all sounds very political to me.

Also, I read an interesting article about journalism in Forbes. It complained that online papers were chasing pageviews so much that they were allowing google popular search terms to dictate the coverage. Thus too many apple and google articles, not enough substance. So said the article. Do you agree?

Marcus - I think the bowing down before the golden calf of search engine optimization is resulting in some crazy stuff going on. It's not only journalists and news publications doing this, but also companies, bloggers and just about everything else online. SEO is not going to save bad writing, blogging and journalism.