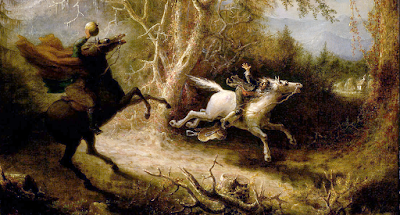 Imagine reading the following in a contemporary literary study:

“Through the opening years of the nineteenth century, and even as late as the forties, while literature in America dawned and spread, (John James) Audubon haunted the frontiers, north, south and west, that encircled the centres of culture and their men of thought. His ‘Episodes’ were a cyclorama of the primitive scenes of theses frontiers, and he spoke words of good cheer for the future of the race.” 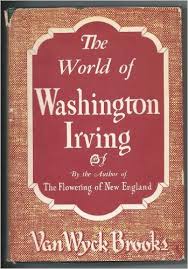 The passage is from The World of Washington Irving by Van Wyck Brooks (1886-1963), the writer and literary critic who won the 1936 National Book Award for Non-Fiction and the 1937 Pulitzer Prize for History for The Flowering of New England (1815-1865). I’ve been reading The World of Washington Irving, and the more I read, the more I am struck by not only how much literary studies have changed but how much the United States has changed since Brooks published the work in 1944. (This edition is marked with the “This is a Wartime Book” emblem, denoting that it had met government regulations for conserving materials during the war.)

Brooks and his style of literary study have long been out of fashion. In fact, he was out of fashion for the last 10 years of his life. But he had been enormously influential, and how he understood the development of American literature is how several generations of students and teachers understood it (including my own generation).

Consider that passage, and what academics today would find wrong with it. It sounds pretentious. It’s far too generalized. It is based on questionable assumptions. It disenfranchises women and minorities (“their men of thought”). And what would an artist like John James Audubon have to do with literature anyway?

The passage, and the book in general, assumes something else – a national consensus about who we are (or were) as a country. It sounds almost as if Brooks is describing a “manifest destiny” for American literature. How overblown, vague, imperialist, sexist, racist, capitalist, and florid could the man get, right?

In our own time, literary studies tend to be more about 50 Shades of Grey and how Lady Gaga interacts with her social media fans. No self-respecting academic today would write the kind of studies that Brooks did. Yes, that’s an exaggeration, but not much of one.

As I read The World of Washington Irving, I’m constantly reminded how impoverished we’ve become. Brooks didn’t ignore the issues we take deadly seriously today – like race and slavery or what happened to native Americans – but he didn’t exclude everything else so as to exclude or downplay other important developments. He took a broad, knowledgeable sweep, and he seemed to effortlessly draw upon literature, biography, history, science, art, politics, and geography, sometimes all in the same sentence.

And I think, this is how it used to be. But this is not like it is. How it is seems less than what it was. And this isn’t only my imagination. Something profound has been lost.

Brooks began his literary career as a poet, publishing (while he was still a student at Harvard) Verses by Two Undergraduates with John Hall Wheelock. Brooks’ literary studies included Mark Twain, Henry James, Walt Whitman, Ralph Waldo Emerson, Washington Irving, Herman Melville, H.G. Wells, William Dean Howells and others. What he’s best known for is a series of studies on the writer in America, focusing approximately on the 19th century (1800-1915).

His literary output was enormous, and it was recognized. He received honorary degrees from 11 universities, including Harvard, where he earned a degree in 1908. He was roughly a contemporary of T.S. Eliot, and their years at Harvard overlapped. Brooks was also a lifelong friend6of poet John Hall Wheelock (1886-1978), who worked at Scribner’s Publishing and became senior editor in 1947.

The World of Washington Irving is a delight to read. Irving, Brooks says, was America’s first true “American writer.” And he details Irving’s career, surrounding it with the deep context of what was happening in American writing and literature at the time (I didn’t know, for example, that Irving’s Sketch Book, for example, was loved was Byron, Shelley, and the other Romantic poets, and that it was used as a first reader for students of English all over the world for more than a century).

But Brooks’ book is also something of an archaeological artifact, buried under 70 years of debris, broken crockery, old coins, dust and dirt – the remains of a popular intellectual tradition that we’ve sent to the ash heap. And I wonder if Washington Irving’s writings are taught today in literature classes. “The Legend of Sleepy Hollow” and other selections from the Sketch Book were still taught when I was in high school.

Over the next few weeks, I’ll be considering some of Brooks’ other writings, too see if my initial impressions bear up. But in the meantime, I’m left with the uncomfortable feeling that what’s in our used bookstores and used book sales may be more important that what we find in our college bookstores and Barnes & Noble.

Top painting: The Headless Horseman Pursuing Ichabod Crane, by John Quidor (1858). The portrait of Van Wyck Brooks in 1909 is by John Butler Yeats, father of William Butler Yeats.
Posted by Glynn at 5:00 AM